It must have come as a shock to Tehran when Iraqi protesters burnt down the country’s consulate in Najaf. After all, Iran was a ‘fraternal’ country of Shia faith, and had helped Iraqis in all sorts of ways during recent years. It had given shelter to Iraqi leaders escaping Saddam Hussein’s tyranny and persecution. It had played an important role in fighting off IS. Which was all good. 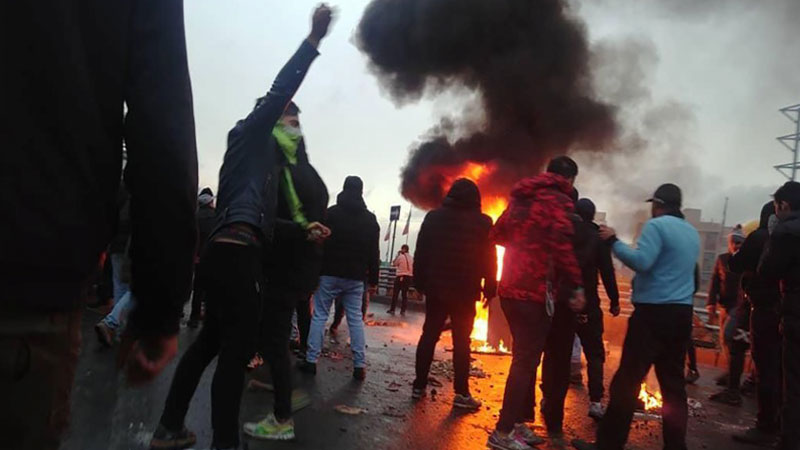 However, as the Americans got increasingly bogged down in Iraq and started to thin out their military presence, Iran became increasingly active, behind-the-scenes, in manipulating Iraqi politics, and mainly to perpetuate the status quo, which worked to its advantage. In other words, Iran became a factor in Iraq’s sclerosis, seemingly integral to Iraq’s corrupt political system that simply ignored that people even existed. It reached a point where people felt that they had nothing to lose when all else seemed lost.

Hence, there was spontaneity to the popular protests, including Iran’s role in perpetuating the system. And what dramatic way to show their anger and frustration than to set fire to the Iranian consulate. Even as Iran was facing the wrath of Iraqi protesters, at home too the regime was the target of largely peaceful protests. And like in Iraq, their response was violent retribution, a sort of righteous anger at its own people, like they were wayward children who didn’t know what was good for them.

It all started with a dramatic hike in petrol prices, with the government presenting it as a Robin Hood exercise of helping the poor with the proceeds of the additional revenue. The problem is most of the people are falling into the poverty trap because economy is in a free fall, largely because of the US sanctions re-imposed by the Trump administration after reneging on the 2015 nuclear deal signed under Obama presidency.

Indeed, Iran has been under US/international sanctions for a long time, punishment of sorts for the 1979 revolution, which overthrew the Shah and established a clerical regime. Under the Shah, Iran was one of the most trusted US ally in the Middle East. But he was forced into exile in the early fifties by Iran’s popular prime minister, Muhammad Mossadeq.

However, the US and British intelligence agencies engineered a coup that brought back the Shah to continue his arbitrary rule, which built up popular opposition over the years, resulting in the 1979 revolution that established a clerical Shia regime. The Shah had been viewed as a US puppet, supported and maintained in power by them.

The peaceful protests, which started in Iran with a dramatic rise in petrol price, appear to be the worst crisis ever since the I979 revolution

Despite the US-aided and Hussein-led attack on the new Iranian regime and resultant bloody war between Iraq and Iran, lasting for much of the eighties, Iran managed to hold its own and survived, though with heavy loss of lives.

Even though Hussein eventually became a casualty of the 2003 US invasion, Iran was not only still around but also came to exercise a determining role in the post Hussein Shia-led political order.

It was both an advantage and, as events have developed, a political curse too.And how is that? That is because Iran has become identified not only with Iraq’s corrupt political system, but also an obstacle to Iraq moving forward with its overall reconstruction. There seems too much emphasis on keeping control of the political process and favouring the perpetuation of the deadly status quo. Even as Iraq is lurching from one crisis to another with more and more peaceful protesters killed by the security forces, Iran appears heading the same way.

The peaceful protests, which started in Iran with a dramatic rise in petrol price, appear to be the worst crisis ever since the I979 revolution. The last brought down the repressive and decadent rule of the Shah. Will the mass protests, with security forces killing many protesters, do the same for the clerical regime? It probably will not because Iran has an entrenched political system with a strong nationalist/religious base.

Much of Iran’s problems are sourced to implacable US hostility and the resultant economic sanctions. But the regime is on notice that it has to somehow deliver on people’s needs because they can’t live on a nationalist anti-American diet forever.