New Finland cabinet is led by women, with 4 of them in their 30s 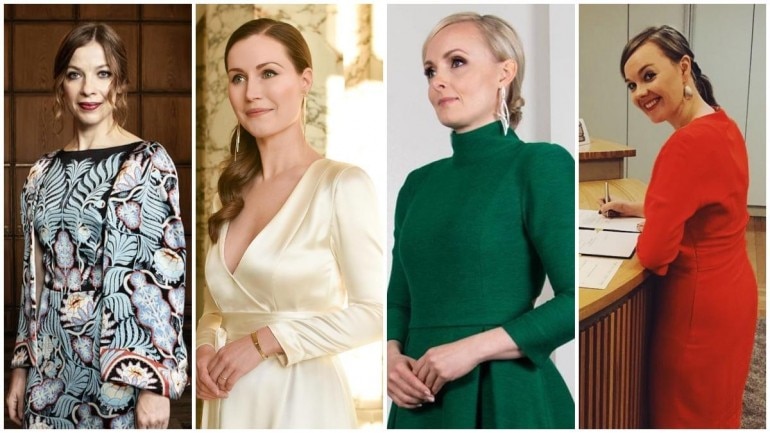 Social Democrats’s Marin will run a coalition government with four parties which are headed by women. Three of the party leaders are under 35 – Li Andersson (32), Katri Kulmuni (32), Maria Ohisalo (34) and Anna Ma-Ja Henrikkson (55).

My party is not in government, but I rejoice that the leaders of the five parties in government are female. Shows that #Finland is a modern and progressive country. The majority of my government was also female. One day gender will not matter in government. Meanwhile pioneers. 👍 pic.twitter.com/dW8OMEOiqb

At just 34, Sanna Marin already has a wide experience in politics. She became a member of the Parliament of Finland in 2015 and was appointed as the Minister of Transport and Communication in June 2019.

Moreover, born in 1987, Li Andersson is the leader of the Left Alliance party. In June 2019, she was elected as the Minister of Education in the Rinne Cabinet. According to Reuters, Andersson will continue as the education minister in the Marin-led cabinet. 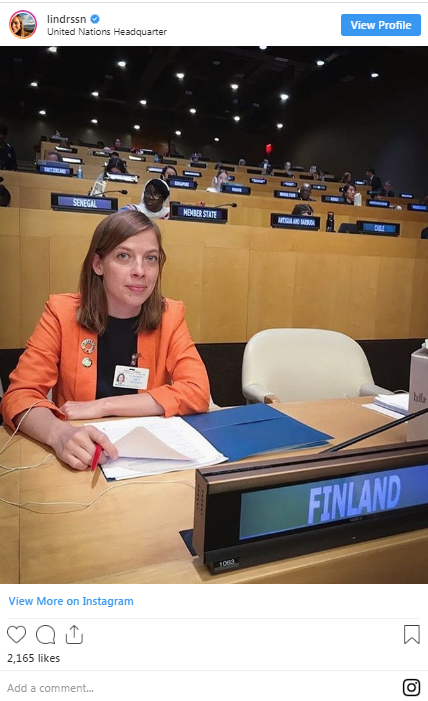 Likewise, Maria Ohisalo, leader of the Green League party, was appointed as the Minister of the Interior in June 2019, and may continue to lead the same ministry in the new cabinet. 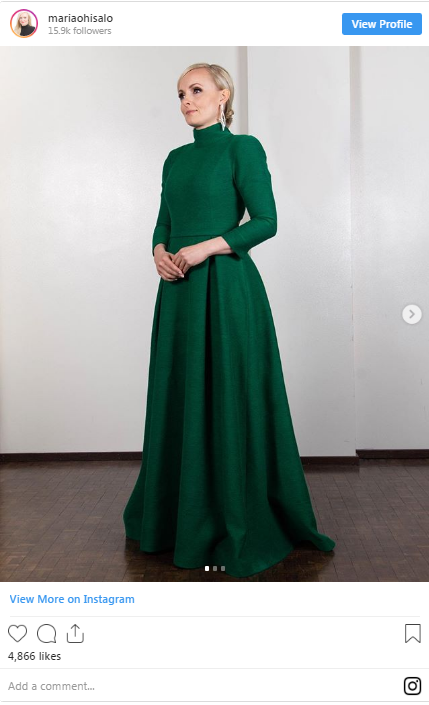 Ohisalo hails from Helsinki and is a sports enthusiast. She graduated from the Makelanrinne Sports Gymnasium in 2004. She continued her education to pursue a Master’s degree in social science followed by a doctorate in sociology.

She joined the Green League in 2008 and was elected as the party leader in 2019 post which she took over the interior ministry.

Katri Kulmuni, 32, is the leader of Centre Party of Finland. She was appointed as the Minister of Economic Affairs in June 2019 and then, as the Deputy Prime Minister of Finland in September 2019. 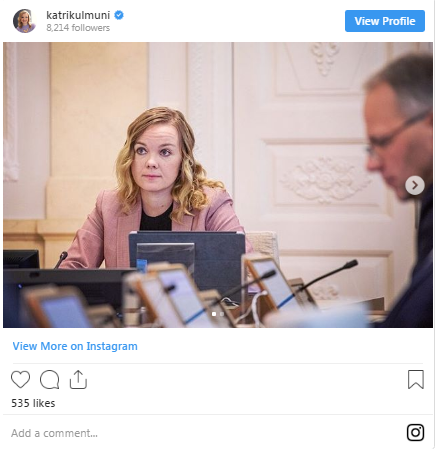 She has a Master’s degree in social science from the University of Lapland, and has been a member of the Parliament of Finland since 2015.

According to Reuters, she will replace Mika Lintila as the Finance Minister in the newly-formed government.