Lawyers shot at, tried to kidnap me: Chohan 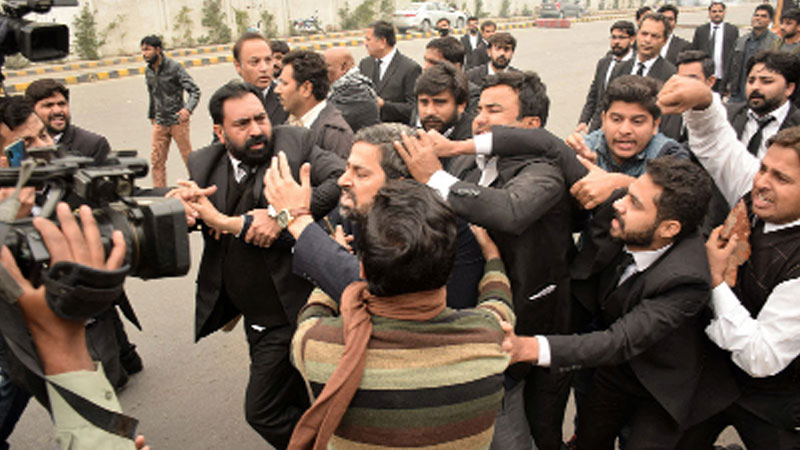 Lawyers on Wednesday manhandled Punjab Minister for Information Fayyazul Hasan Chohan during a brawl at the Punjab Institute of Cardiology (PIC).

Punjab Minister Fayyazul Hasan Chohan had arrived at the spot to help settle the matter when he was manhandled by the lawyers.

Police officials present on the spot escorted the minister safely.

Recounting the events later at a press conference, Chohan said that he and Punjab Law Minister Raja Basharat had both been instructed to go to the protest venue ‘and handle the situation’. He said that he had the impression that lawyers were a ‘learned community’ and that he would be able to sort out differences between the doctors and the lawyers as an arbitrator and ‘cool things down’. “But, my life went at stake there. They tortured me and even fired shots at me and tried to kidnap me,” he said, saying that the full depth of the incident was not shown on media. “They made a proper plan, saying, ‘pick him up’. Two people tried to lift me up from my legs,” he recalled.

The minister expressed his gratitude and paid tribute to the Lahore media for ‘playing a very positive role’. “Some of your reporters got me out of there,” he said.