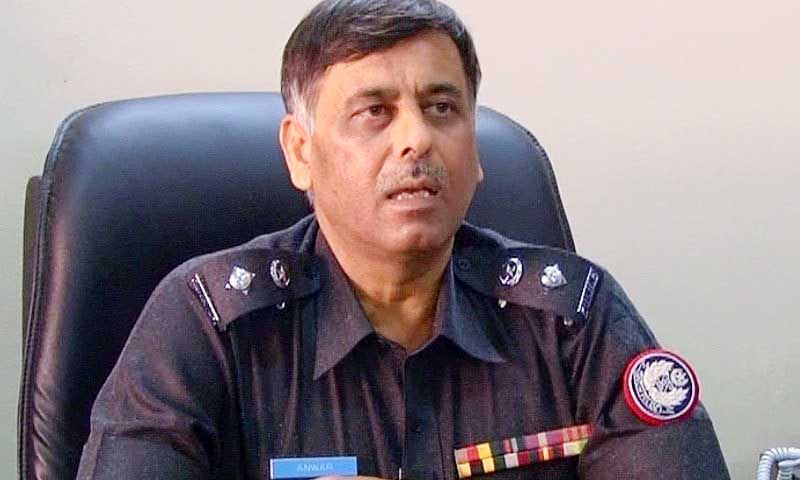 The United States on Tuesday blacklisted former Malir senior superintendent of police (SSP) Rao Anwar for engaging in “serious human rights abuse” by carrying out alleged fake police ‘encounters’ in which scores of individuals, including Waziristan native Naqeebullah Mehsud, were killed, the US Treasury Department said.

Anwar is among 18 individuals from six countries that the Trump administration has imposed economic sanctions on for suspected human rights violations. Two others have been banned from entering the US, including the former consul general of Saudi Arabia in Turkey for his alleged role in the murder of Saudi journalist Jamal Khashoggi. Tuesday’s announcement was made in connection with International Human Rights Day.

“During his tenure as the senior superintendent of police in District Malir, Pakistan, Rao Anwar Khan (Anwar) was reportedly responsible for staging numerous fake police encounters in which individuals were killed by police, and was involved in over 190 police encounters that resulted in the deaths of over 400 people, including the murder of Naqeebullah Mehsood,” the US Treasury said in a statement.

It said Anwar “helped to lead a network of police and criminal thugs that were allegedly responsible for extortion, land grabbing, narcotics, and murder”.

According to the press release, the former Malir SSP has been designated “for being responsible for or complicit in, or having directly or indirectly engaged in, serious human rights abuse”.

“America is the world leader in combatting human rights abuse and we will hold perpetrators and enablers accountable wherever they operate.”

The Treasury also blacklisted four Myanmar military leaders, including the commander-in-chief, in the toughest action taken yet by Washington for alleged human rights abuses against the Rohingya and other minorities.

The military in Myanmar has denied accusations of widespread abuses and says its actions were part of a fight against terrorism.

Some analysts and diplomats have tipped Min Aung Hlaing as a potential presidential candidate at the next election in 2020, when Nobel laureate Aung San Suu Kyi’s National League for Democracy is likely to face opposition from nationalists aligned with the military.

His political ambitions could be damaged by the sanctions, as well as an earlier US travel ban and Facebook’s decision in August 2018 to remove the army chief’s page that had been his main channel of communication with the public.

The latest sanctions freeze the US assets of the military leaders and prohibit Americans from doing business with them. They were previously barred in July from entering the United States.

The US also took action against a notorious militia in the Democratic Republic of Congo, the Allied Democratic Forces, which is accused of massacring civilians in an apparent bid to stop them from joining the military. The Treasury Department slapped sanctions on the group’s leader, Musa Baluku, as well as five other people accused of supporting the group.

Washington also imposed sanctions on five people over abuses in war-torn South Sudan and a militia commander in Libya.

The Treasury also designated one European – Slovak businessman Marian Kocner, who is accused of ordering the 2018 murder of investigative journalist Jan Kuciak, who was probing high-level graft.