Kashmir issue in US Congress

The Modi government in India must be feeling the heat of a bipartisan resolution moved in the US Congress by two members, one of them an Indian-American, urging India to end the restrictions on communications and mass detentions in occupied Kashmir as swiftly as possible and preserve religious freedoms of all residents. The movers of Resolution 745 are Pramila Jayapal, a Democrat, who was born in Madras (Chennai), and Steve Watkins, a Republican. A few years ago, when Jayapal made it to Capitol Hill, all India celebrated the success as she was the first Indian-American woman to serve in the US House of Representatives. The other mover, Watkins, is a veteran of the Afghan war and served along the Afghanistan-Pakistan border. The resolution underscores the need to recognise “arbitrary detention, use of excessive force against civilians, and suppression of peaceful expression of dissent as proportional responses to security challenges”. The resolution shook the conscience of Indian Congress MP Shashi Tharoor, who tweeted: “Restore Internet, End Detentions In Jammu&Kashmir, Says Bipartisan Resolution In US House. Admirable effort by US reps, whereas in our Parliament we have been unable even to have a discussion on the subject of Kashmir in the entire winter session. Shame.”

The ruling BJP is slamming the Indian Congress MP for awakening India towards the plight of Kashmiris. The Indian government may try to get the resolution blocked or ensure that it is not passed with the support of the Indian caucus in the US House, but it may not get away with the fallout of the move, which has lots of substance as an Indian-American has moved it. Moreover, the fresh resolution (745) is the first such resolution criticising the Indian government for restrictions in Jammu and Kashmir since 2000. Apart from the US, four Canadian human rights activists have pledged to raise the mass detention of Kashmiris at international forums. Since August 5, millions of Kashmiris in the Indian-occupied area have been under curfew and communication blackout and deprived of their special autonomous status. India has barred international journalists and other delegates from visiting the occupied valley. Several thousands of Kashmiris have been arrested and shifted to other parts of India, while pro-India Kashmiri leaders have also been detained since August 5. Let’s see how long the world allows the fascist Indian regime to keep the lock down on Kashmiris. * 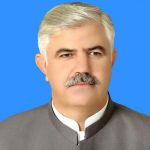 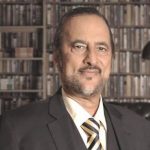 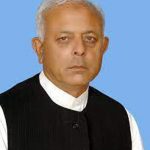