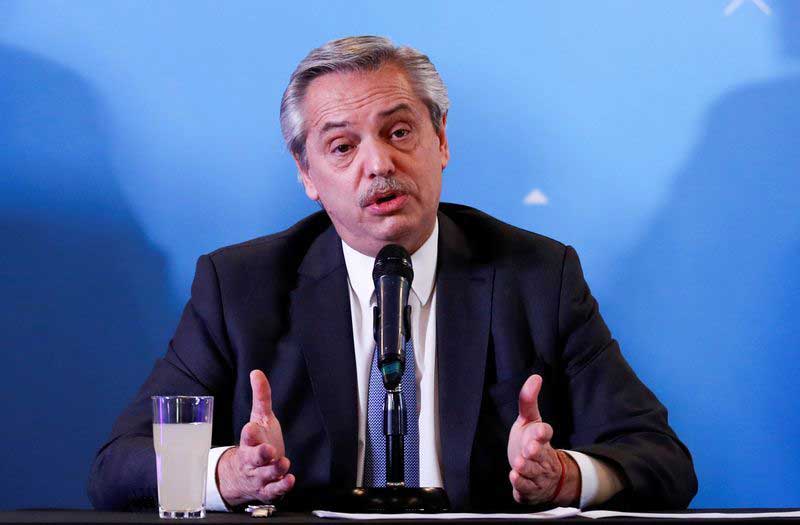 Fernandez named Martin Guzman, 37, as economy minister, who will need to help steer debt restructuring negotiations with international creditors and the International Monetary Fund over around $100 billion (£78billion) in sovereign debt.

Fernandez’s cabinet and key economy pick underscore a sharp shift from the austerity policies under outgoing conservative President Mauricio Macri. They also highlight a balancing act by the South American country’s new leader, as he seeks to address the varied demands of his disparate Peronist coalition.

“It suggests a moderate approach by Fernandez towards the (economic) issue,” said Gabriel Brasil, lead political analyst for Argentina at consultancy Control Risks. He added that Guzman did not represent the more “radical” elements in the Peronist movement.

Guzman, a young academic and protégé of Nobel Prize-winning economist Joseph Stiglitz, is a debt restructuring expert but has little hands-on experience in policy making.

“He is a young man, very prepared,” Fernandez said on Friday evening introducing his cabinet. “He knows very well the debt conflicts and the macroeconomic conflicts Argentina has.”

Fernandez also named low-profile economist Miguel Angel Pesce as central bank chief. Pesce has previously criticized the orthodox approach of the central bank under Macri, who hands over power to Fernandez on Tuesday.

Vice President-elect Cristina Fernandez de Kirchner, a divisive former president with huge political influence in the country, was notably not present at the event where Fernandez announced his cabinet picks.

Hans Humes, the head of emerging market specialist Greylock Capital Management, which is closely involved in the restructuring talks with Argentina, said he supported Guzman’s appointment but acknowledged some investors had concerns.

“Wall Street seems to have some concerns about Guzman’s lack of experience in politics and ‘heterodox’ economic views. I think these views are misplaced,” he said.

“As far as experience, Guzman has been involved in sovereign and quasi-sovereign situations. And his views on growth rather than austerity led recoveries are spot on.”

Capital Economics, meanwhile, said in a note that while Guzman was more moderate than others, he was “unlikely to take a market-friendly approach.”