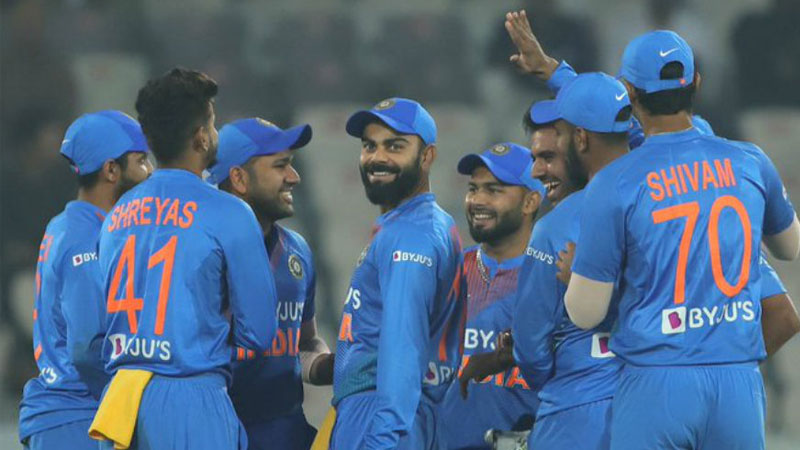 THIRUVANANTHAPURAM: Often referred to as the ‘master of the chase’ Indian captain Virat Kohli stole the show in Hyderabad in front of a capacity crowd and West Indies had no answer. Act 2 moves further down south to the Greenfield International Stadium in Thiruvananthapuram on Sunday (today) and one expects Kohli will be keen to put the series in the bag, to give the team some room to experiment with combinations in Mumbai. India currently lead the three-match series 1-0. On Friday, Kohli remained unbeaten on 94 off 50 deliveries to stun West Indies and received good support from KL Rahul who contributed a valuable 62 at the top. On Sunday too, it will not be easy for India as West Indies are a rejuvenated outfit with a healthy mix of experience and youth, all of whom can turn a match on its head.

But what’s more worrying are the problem areas India needs to address, like fielding and Kohli’s supporting cast while batting. Rishabh Pant let yet another chance slip away with the bat while Shreyas Iyer had a rare failure. “One of us, Rohit or I, has to play long in this tea,” Kohli noted after his stunning knock in the first game. India also dropped a fair few catches in the field and the bowlers did not have their best outing either – factors the team management will hope to sort out ahead of Sunday. That only Ravindra Jadeja went for less than 9 runs an over in as West Indies hammered 15 maximums along with 11 fours will be a worry, which could prompt a look in for Mohammed Shami.

The likes of Pant, Shivam Dube and Washington Sundar will probably not want to have another bad day, especially with the management keen on giving new faces a chance. It is this inexperience that the West Indies are looking to exploit, and with the likes of Lendl Simmons and Kieron Pollard back and settled the visitors are feeling particularly confident, despite Friday. With the IPL auction coming up, the likes of Shimron Hetmyer and Nicholas Pooran will no doubt look to continue their big hitting, as will Brandon King, the highest scorer of CPL 2019.

Pollard explained after the first game that their bowling needs improvement and other than Sheldon Cottrell, nobody was spared by the Indian captain. But it is the 23 extras that Pollard will hope does not repeat itself. “208 to defend, on any day you’d take that 10 out of 10 times. Where we lost the game was the extras and our bowling. Our execution was poor. If we had executed the plans we had spoken about, it would have been a different scenario despite the good batting wicket,” Pollard said on Friday after the defeat. For India, who are weakest in the T20 format, the chopping and changing is likely to continue as they are yet to find their best XI, whereas West Indies, the defending world champions in the format will be hoping Hyderabad was just the reality check they needed in their resurgence.

The Greenfield pitch curator Biju has already stated that the fans can expect another run-fest and on the basis of what we have seen already, one can surely expect yet another cracker on Super Sunday.