Fit-again Anderson back in England squad for South Africa Tests 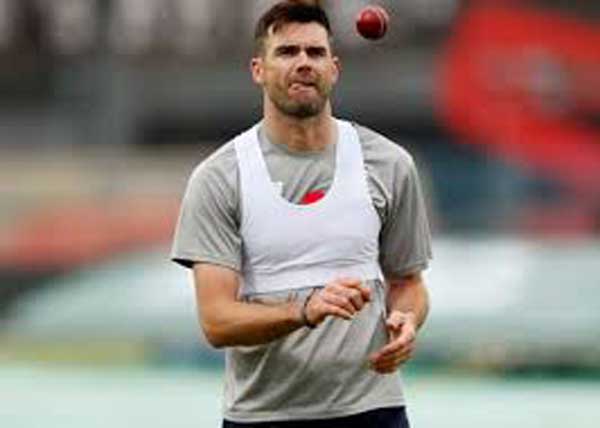 England’s fit-again seamer James Anderson has been included in their 17-man Test squad for the four-match tour of South Africa starting on Dec. 26, the England and Wales Cricket Board (ECB) said on Saturday. Anderson, England’s top Test wicket-taker with 575, suffered a right calf tear in the opening Ashes test against Australia in August before being ruled out of the series. The 37-year-old also missed England’s two-Test series in New Zealand, which they lost 1-0, and is building up his fitness in a specialist pace bowling camp in South Africa that began on Dec. 1. Fellow pace bowler Mark Wood is back in the squad despite nursing a left knee injury while wicketkeeper Jonny Bairstow also returns. Lancashire seamer Saqib Mahmood was dropped.

“With James Anderson and Mark Wood returning to the squad, Saqib Mahmood is the unfortunate player to miss out,” national selector Ed Smith said in a statement here Wood is looking to play his first test since the third match of the West Indies series at St. Lucia in February, when he took six wickets in the contest. “It is not predicted that Mark will be available for… the earliest matches. However, he will travel with the team and continue rehab work with the medical staff on tour,” Smith said. “There is no exact date given for his return, but the medical team is working towards him becoming fully available for selection during the tour.

“With that in mind, and given the extended period that James and Mark have had on the sidelines due to injury, it was sensible to have a 17-man squad.” Moeen Ali was not picked after the all-rounder said in September he would take a break from test cricket having lost out on a central contract for the longest format for the 2019-20 season. The four-match series will mark England’s first away games in the ICC World Test Championship.