Pakistan to receive huge offer from Russia, billions of dollars and much more

MOSCOW: Pakistan and Russia on Sunday signed a deal in which Russia to make biggest ever offers to Pakistan in bilateral history, billions of dollars, Sukhoi jets and much more to develop its stakes in Pakistan’s economy. 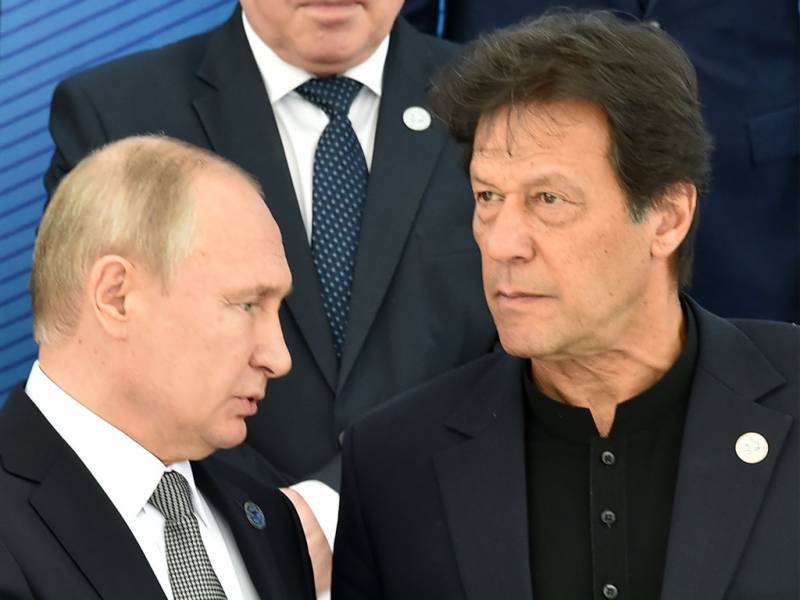 After Russia has decided to develop its stakes in Pakistan’s economy in a big way and to this effect, a 64-member delegation headed by Minister for Trade and Industries for the Russian Federation Denis V Manturov is visiting Pakistan for four days from today to December 11 to attend an Inter-Governmental Commission.

Russia has aspired many times to help reconstruct Pakistan. Russia were provided financial assistance worth $1 billion for the rehabilitation and upgrading Pakistan Steel Mills (PSM) project. This matter has received a positive response and is presently under active consideration at the highest level on the Russian side.

The Russian-based company developed a project of converting Muzaffargarh thermal power station to coal and establishing a 600-megawatt coal-fired power plant at Jamshoro.

Russia will offer Sukhoi Superjet 100 (SSJ-100); a narrow-bodied aircraft with a dual-class cabin that can transport 100 passengers over regional routes.

The plane is being marketed by Sukhoi – a major military aircraft manufacturer in Russia – in Kazakhstan, Indonesia, Vietnam, Laos and Myanmar.

“The aircraft is comparable in comfort to Airbus and even Boeing”

Mentioning about the Russian offer of SSJ-100 aircraft to PIA, the officials said that the said planes will be available on direct purchase and lease to purchase options and can be positioned immediately on wet lease to meet the immediate operational requirements of PIA.

The aircraft can be operated both on domestic and international sectors to the Middle East, CIS, India, China, Colombo, Bangladesh, UAE etc. Aircraft can be supplied on both wet or dry lease with an option to purchase.

The official said that the route analysis was done for PIA in 2012 and more importantly Sukhoi SuperJet SSJ-100 is a pet project of President Putin.

Pakistan and Russia had signed a bilateral defence cooperation agreement aimed at strengthening military-to-military relations in November last year. The deal had to be followed by another ‘technical cooperation agreement’ to pave the way for the sale of defence equipment to Pakistan.

Besides helicopters, Pakistan also appears interested in other Russian hardware.

Russia and Pakistan have lately been working on enhancing defence cooperation and are believed to have already covered a lot of ground. Exchange of visits by military commanders in recent years is an indication of progress achieved in this regard.