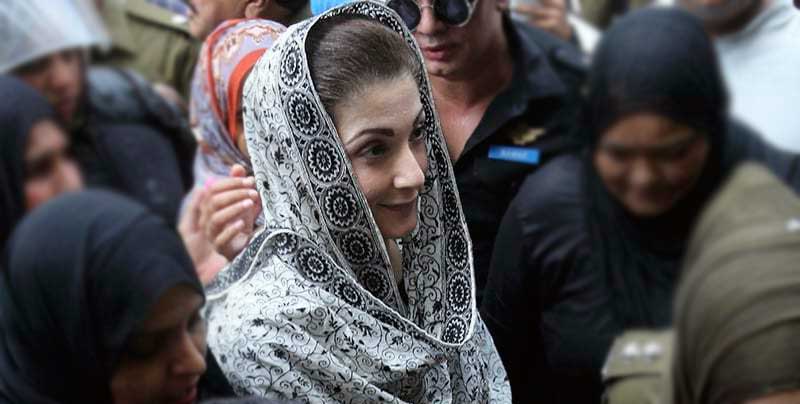 The application, filed through Advocate Amjad Pervaiz, has listed the federal government, Federal Investigation Agency and chairman and director general of the National Accountability Bureau (NAB) as respondents.

Maryam is currently free on bail in the Chaudhry Sugar Mills (CSM) case, in which she is a suspect, but her name remains on the no-fly list. Her father, former prime minister Nawaz Sharif, travelled to London last month after the government and courts granted him permission to fly abroad on medical grounds. In her petition, Maryam has argued that her name was placed on the ECL without notice and providing her with an opportunity of hearing through a memorandum dated August 20, 2018.

The application states that the recommendations by NAB were “acted upon in a mechanical manner and without judicious application of mind in contravention of the law declared by the superior courts”.

According to the petition, the apprehension by the government and NAB that Maryam will abscond if allowed to travel abroad does not appeal to reason in view of her track record. It says that during the filing of corruption references against them by the NAB in the accountability court of Islamabad, Maryam and her father were attending to Kulsoom Nawaz who was undergoing cancer treatment in London; despite this, they returned to Pakistan to face the trial.

“It is also an admitted fact that the petitioner and her father volunteered to come back to surrender […] even after a judgement of conviction announced in their absence” in the Avenfield reference, the petition argues. It states that the move to place Maryam’s name on the no-fly list was prompted by “political rhetoric, irrelevant and considerations extraneous to law” and that the jurisdiction to impose ban on travel by an accused or convict is the “exclusive domain” of the court of law concerned and not the government and the NAB.

Noting that her father was shifted abroad on account of his critical health condition, the petition says Maryam is “also entitled to relief on compassionate and humanitarian grounds”.

It says that after her mother’s demise, it is Maryam who has been looking after her ailing father “who is much dependent upon her”.

Maryam has requested the LHC to declare the memorandum through which her name was placed on the ECL last year as “illegal, without lawful authority, void ab-initio and of no legal effect”, and direct the government to delete her name from the ECL.

Until this petition is decided, the PML-N leader has requested the LHC to grant her a “one-time permission” to travel abroad for six weeks from the date of departure.

Maryam also filed a miscellaneous application seeking the release of her passport. The LHC while granting her bail last month had directed the PML-N vice president to surrender her passport to secure her release.

The development comes a day after NAB challenged the LHC decision to grant bail to Maryam in the CSM case in the Supreme Court.

Meanwhile, Special Assistant to Prime Minister on Information and Broadcasting Dr Firdous Ashiq Awan said that Maryam had not approached the government but the court, which would decide the matter under law and constitution.

“As the court gives any verdict on the matter, the government will be in a position to respond,” she said in response to a question posed by a journalist during a media talk. She said the government believed in equality of law. However, she said Maryam wanted relief on the pretention of taking care of her father in England despite the fact that her brothers were also there to look after him.

About Asif Ali Zardari, she said, he had submitted a bail application with the accountability court that would decide the matter, though the applicant was facing six references, 11 investigations and 20 inquiries against him.

However, she said the government would abide by the court decision, as it believed in supremacy of the constitution and law.