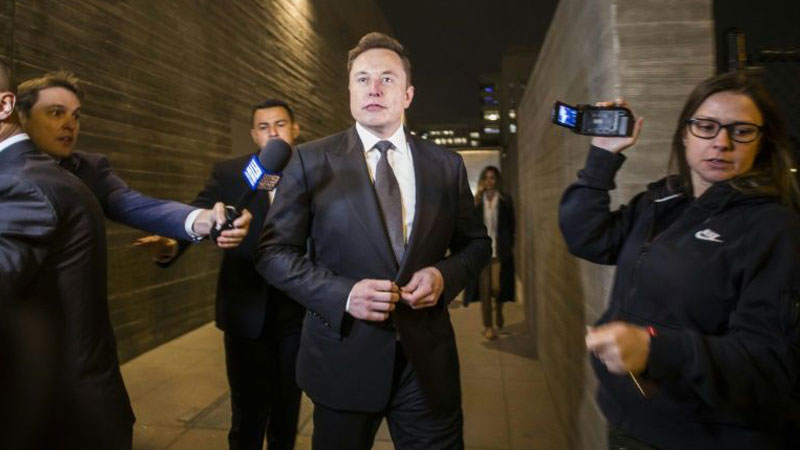 Tesla co-founder Elon Musk was cleared of defamation on Friday by a jury in Los Angeles over a tweet in which he labeled a British caver “pedo guy.”

The jury deliberated less than an hour before ruling in favor of Musk and clearing him of any liability in the high-profile case that pitted him against Vernon Unsworth.

Unsworth had sought $190 million in damages from the tech billionaire, arguing that his reputation had been damaged by the tweet.

Musk hugged his lawyer on hearing the verdict, telling reporters afterwards: “My faith in humanity has been restored.”

One of Unsworth’s attorneys, Mark Stephens, expressed disappointment saying the verdict would allow “a bullying billionaire … to cast a long shadow.”

“I just hope that nobody else has to go through (this) and go toe-to-toe with Mr Musk again,” Stephens said, noting the “enormous” amount of money Musk had at his disposal to defend himself.

Unsworth said he was sorry the verdict did not go his way but would respect the jury’s decision.

The caver’s legal team had told jurors in closing arguments that the $190 million he was seeking would amount to “a hard slap on the wrist” for Musk and would prevent him “from ever planting a nuclear bomb in the life of another individual.”

Describing the 48-year-old entrepreneur as a “billionaire bully,” Unsworth attorney Lin Wood said his client was a man of modest means whose life had been upended by the much-publicized row.

Musk’s outburst against Unsworth followed an interview in which the 64-year-old caver dismissed Musk’s offer of a mini-submarine to rescue young soccer players trapped in a cave in Thailand in the summer of 2018.

Unsworth at the time said Musk’s offer was nothing but a PR stunt — a claim he maintained during the trial — and had suggested he “stick his submarine where it hurts.”

In court testimony, Musk said the “pedo guy” tweet he shared with his 22 million followers was an off-the-cuff insult and did not mean he was accusing Unsworth — a financial consultant who splits his time between Britain and Thailand — of being a pedophile.

He apologized on Twitter for his outburst and again during his testimony.