Azhar says all focus on Test series against Sri Lanka 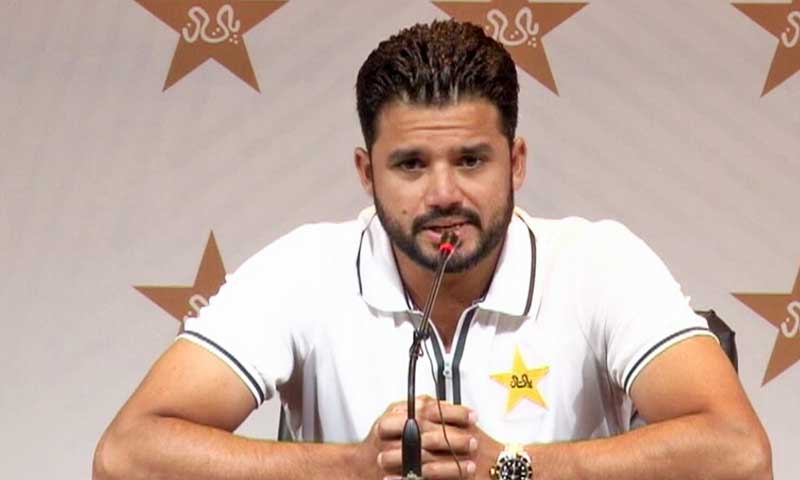 LAHORE: Test captain Azhar Ali, while addressing a press conference at Gaddafi Stadium here on Friday, said all the focus would now be on the upcoming Test series in Pakistan with Sri Lanka. Ali made these comments following Pakistan’s crushing defeat by Australia in Adelaide earlier in the week. On Monday, Australia beat Pakistan by an innings and 48 runs in the second Test at Adelaide Oval to sweep their two-Test series 2-0. Australia won the first Test in Brisbane by an innings and five runs. The current results mean that Pakistan have been defeated in 13 consecutive Tests on Australian shores.

Ali maintained that the players would take time to recuperate and get back in form, adding that this would be the first Test in Pakistan for many of the players. “It is important for us to play well in this series. We have a fresh batting line up,” he said. Commenting on criticism regarding his decisions as captain, Ali said that one needs to make changes when the opposing side is continuing to score. “You have to use your backups. You cannot keep depending on Shaheen Shah and Yasir Shah,” he said. “When things start to go awry on the pitch, even an aggressive captain has to take a step back,” he added.

When questioned whether his knee injury had an impact on his performance, Ali stated that there were at least two to three players on each cricket team with a knee injury. “You cannot say that I am unable to score because of my injuries. If there is an issue with my fitness, it will be picked up by the Pakistan Cricket Board (PCB),” he said. He said that the team had initially formulated a clear plan to counter Australia’s David Warner. “However, we were unable to execute it which caused us to suffer,” he said. “Even when you are struggling in a match, a small give in the opposing side can quickly turn the tables. But we were not able to get back on track.”

He maintained that typically South Africa’s pitches were difficult for batting while Australia’s were relatively simpler. “Despite this, we were not able to score,” he lamented. Ali stated that the plan of action now was to focus on the coming matches. “We have to figure out how to win Tests in Pakistan,” he said. Test cricket is set to return to Pakistan after a long gap of 10 years when Sri Lanka tour the country for a two-match series at Rawalpindi and Karachi on Dec 11 and Dec 19, respectively.

‘Not afraid’ of losing Test captaincy: Ali also claimed that he was not afraid of losing the responsibility of captaining the side in the longer format. Ali stated that luck and form did not favour him in the recently concluded series against Australia Down Under where the Men in Green were clean swept in the two-match series. “Both form and luck did not favour me during the tour of Australia. We will have to step out of the shadow of fear for better performances. I am not afraid of losing captaincy. I will try to enforce my plans more completely,” said Ali. The 34-year-old expressed disappointment at Pakistan’s recent series defeat but claimed that the performance of batsmen Babar Azam and Mohammad Rizwan were the positives for the Men in Green.

“We are disappointed after the defeats at the hands of Australia. We went there with full preparations. We gave a chance to a young bowling attack but unfortunately they couldn’t deliver. Out batting order did not perform well either. It is impossible to make a comeback in Australia after playing badly. The batting performances of batsmen Babar Azam and Mohammad Rizwan during the series were the positives for the team,” he said. Ali revealed that he tried to bring a new approach to the team and that no player could stay in the team without performing.