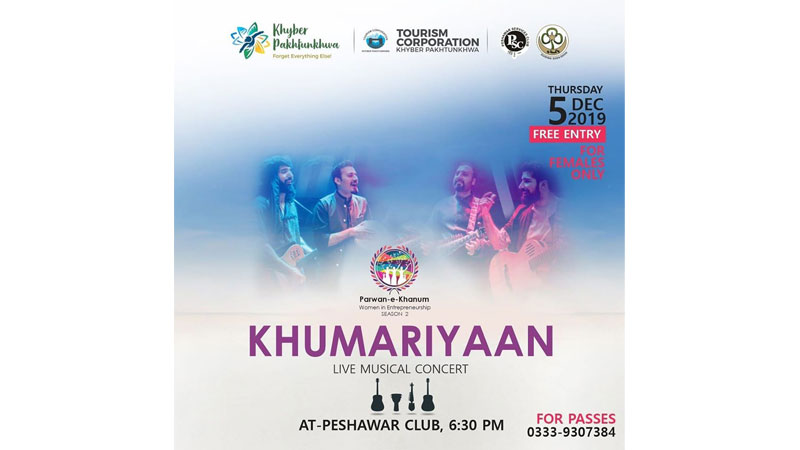 Pashto music band Khumariyaan, mesmerised the audience with traditional rabab and instrumental music at a musical night on Friday. Organised by the Tourism Corporation Khyber Pakhtunkhwa (TCKP) at the Peshawar Services Club for womenfolk, over 2,000 women turned up to the musical show and enjoyed the event to the fullest.

The audience welcomed the holding of musical night for women and urged the organisers to arrange such events in future too so they do not go to other cities for entertainment.

Besides traditional music, Khumariyaan, also played other styles and received applause from the audience.

Khumariyaan is a Pashto music band from Khyber Pakhtunkhwa, which has represented local culture and traditional music abroad in Ireland, United Kingdom, United States and elsewhere.

The organisers had also established stalls offering traditional foods. The women enjoyed the foods along with music. The event was aimed at providing entertainment opportunity to the people, particularly the womenfolk hailing from the provincial metropolis.

The TCKP had earlier also arranged musical programmes and concerts in which famous singers and artistes, including Munni Begum, Attaullah Khan Esakhelvi and others participated.