Army ready to take on any challenge: COAS 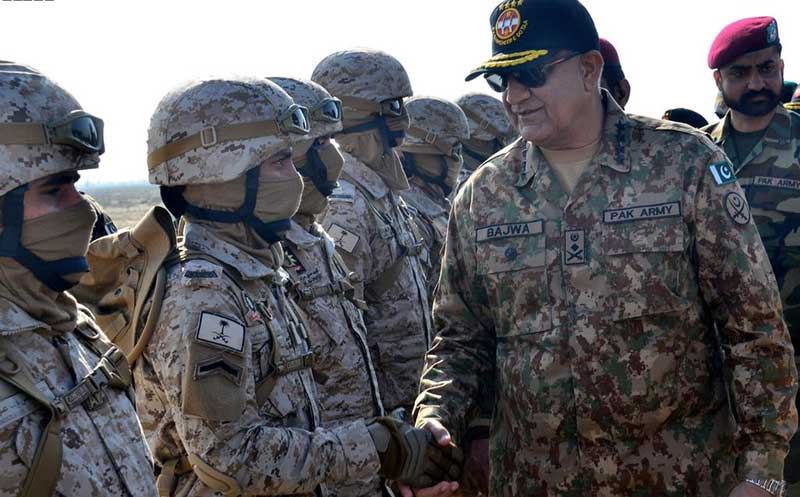 Chief of Army Staff (COAS) General Qamar Javed Bajwa on Thursday said the Pakistan Army is a well-trained and battle-hardened cohesive force ready to take on any challenge confronting the defence and security of the country, according to a statement issued by the Inter-Services Public Relations (ISPR).

The army chief visited strike corps during its winter collective training near Bahawalpur and witnessed training exercise for conduct of trans-frontier offensive operations. Fighter aircraft of Pakistan Air Force (PAF) and contingent of Royal Saudi Land Forces (RSLF) also participated in the exercise. Speaking on the occasion, the COAS appreciated high standards of training displayed by all the participants, including the Pakistan Air Force. He especially hailed participation and display of high standards of training by the Royal Saudi Land Forces contingent. He said Strike Corps of Pakistan Army have decisive role during the war. Such exercises enhance confidence for exploiting their optimal combat potential, he added.