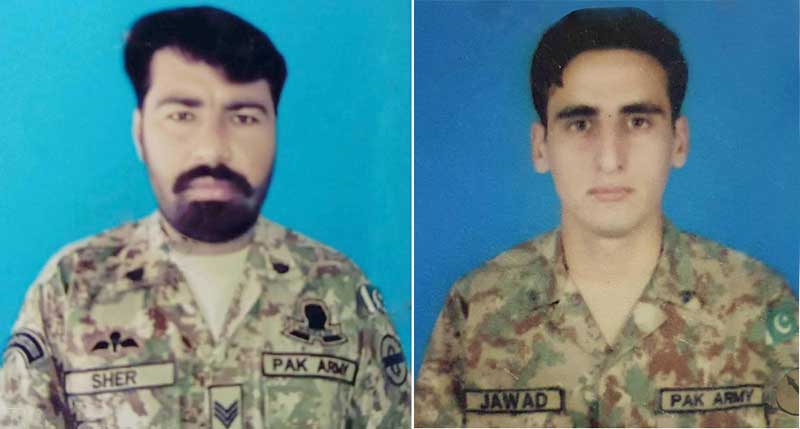 Two officials of the security forces were martyred while two terrorists killed during an intelligence-based operation conducted near Charkhel village of North Waziristan, a statement by the military’s media wing said on Thursday.

The martyred soldiers were identified as Havaldar Sher Zaman and Sepoy Muhammad Jawad. The incident follows an exchange of fire with terrorists four days ago which resulted in one Frontier Corps soldier being martyred and two others getting injured.

Earlier, in November, three soldiers of the Pakistan Army were martyred in an improvised explosive device (IED) blast in North Waziristan.

The martyred soldiers were a part of the army’s patrolling team. The region is one the seven tribal districts in erstwhile Federally Administered Tribal Areas (Fata) – Bajaur, Khyber, Kurram, Mohmand, North Waziristan, Orakzai and South Waziristan – before its merger with KP.