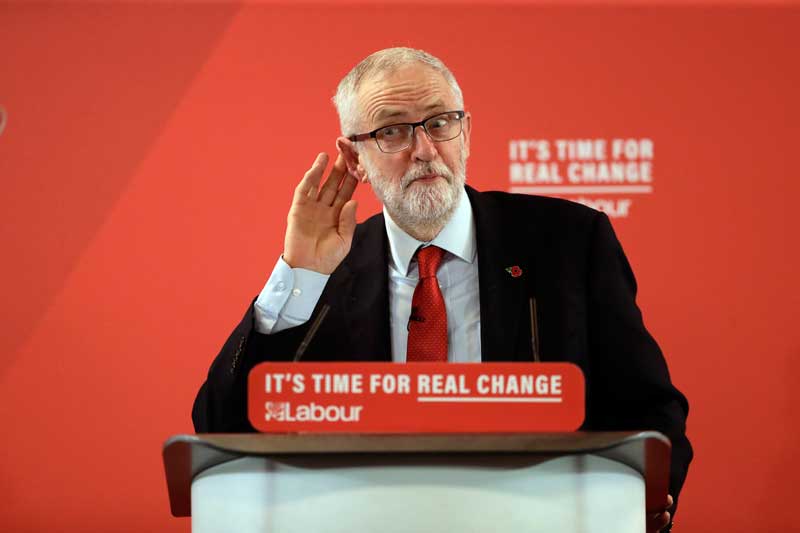 The majority of the black and ethnic minority voters are backing Labour leader Jermey Corbyn over the Conservative Party for the upcoming general election which is due to be held on December 12.

According to the survey of the UK’s leading Research Agency Opinium, Labour is leading the conservative by 25 points among black, Asian and minority ethnic voters (BAME) with more than half (52%) said they could imagine Corbyn in Downing Street as the next Prime Minister of the country.

The figures came out at the time as the two main parties are trying to win over the BAME’s votes in the marginal seats. According to the data, Ethnic minorities trust Labour more on most issues, with the exception of Brexit issue, where there is an equal split between the Conservatives and Labour (24% vs 24%). Overall, ethnic minorities also have a positive perception of Corbyn and are more negative of Johnson,

BAME’s communities’ fears if conservative voted into power again, they would bring strict immigration rules. They party’s manifesto for election is proposing a An Australian-style points-based system to control immigration.

Corbyn last week launched the party’s first race and faith manifesto in an effort to woo BAME voters. Policies included a new public body to oversee the legacy of colonialism, a race equality unit at the Treasury, a pledge to introduce more black teachers and reduced charges for Home Office documents and tests. They are also proposing to appoint a special envoy for freedom of religion to work across government to promote freedom of religious belief in the UK and abroad.

Similarly, The Conservative party have included policies in their manifesto that they believe will appeal to minority ethnic voters. They include pledges to invest £90m into the Youth Futures Foundation to improve employment outcomes for young people, mainly in urban areas.