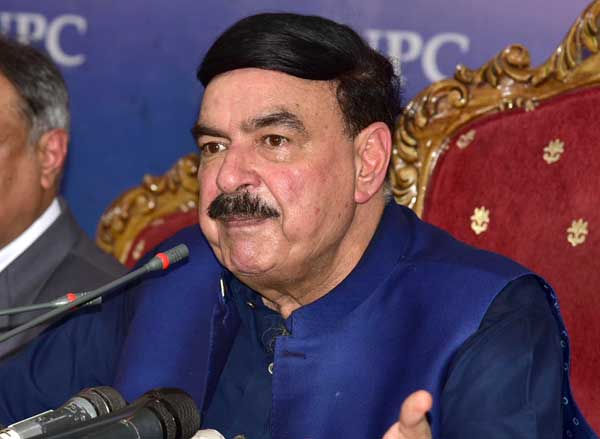 Federal Minister for Railways Sheikh Rasheed Ahmed on Thursday announced to reduce charges of freight trains by ten percent. Talking to media persons, the minister said that the rates will be decreased from tonight. A shuttle train service will be started from Lahore city to Wagah from December 14, he said. Sheikh Rasheed vowed to end the practice of travelling by trains without tickets from Pakistan Railways. He assured that payments will be made to the families of Tezgam incident’s victims before next week. The federal minister added that Leader of the Opposition in the National Assembly and Pakistan Muslim League-Nawaz (PML-N) President Shehbaz Sharif has gone with former prime minister and elder brother Nawaz Sharif to London as a ‘token’.