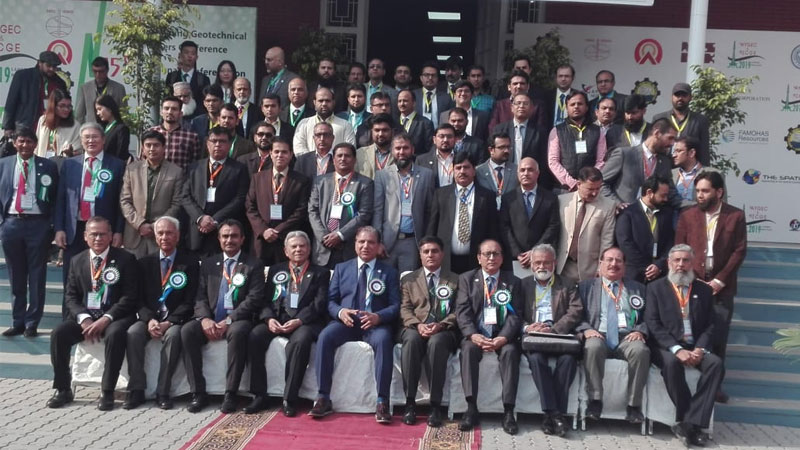 The conference was presided over by Engr. Amjad Agha while WAPDA Chairman Lt Gen (r) Muzammil Hussain was the chief guest.

The conference was ninth in its series and was aimed at providing interactive platform for the young geotechnical engineers and researchers from Asian countries.

Speaking on the occasion, Dr Tahir Masood said that it was always a pleasure to come to this university as he had been the student of this university.

On behalf of Pakistan Geotechnical Engineering Society, he thanked the President of the Society, Amjad Agha for making this event a success.

He also paid tributes to Amjad Agha for his immense contribution to the field of engineering and termed him a source of inspiration. He also thanked the UET VC as well as Dr Aziz Akbar, Chairman Conference Organising Committee and his team for providing all the facilities.

He also appreciated foreign delegates for attending the conference as it was very difficult to come to Pakistan.

He said that the foreign visitors would surely tell the rest of the world that Pakistan was not a dangerous place rather it is a safe place.

It is a beautiful country with beautiful people, he added. Pointing to an earlier statement of WAPDA Chairman, he said that I am glad that Chairman WAPDA did not join the university and joined the Pakistan army as a fighter because our country desperately needed a fighter to accomplish mega dam projects. He credited chairman WAPDA for starting work on Mohmand and Bhasha dams and termed him the son of soil.