Do you ever wonder what gives you happiness? Maybe you do and maybe you do not. Either way, you take a short pause, think a little, and like John Steinbeck’s American dreamer instantly think: wealth. After all, in the presence of limited resources, what brings us many things we need or desire is money. Take a few examples from your daily life. 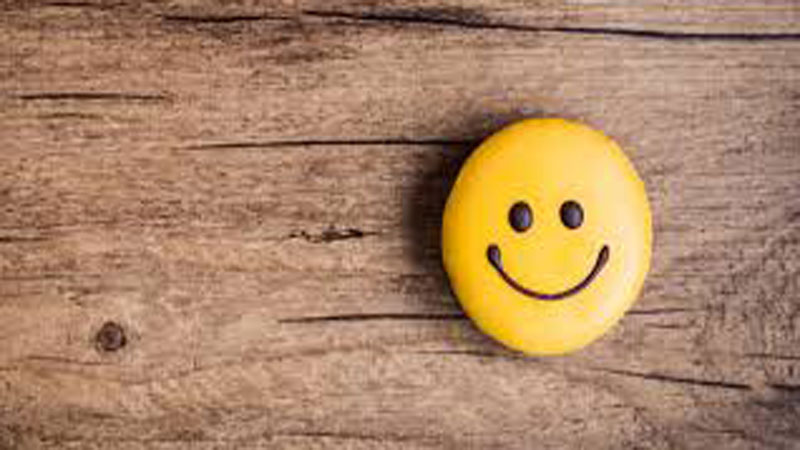 If you need a mobile phone, the price tag glaring at you silently tells you that a full pocket is the key to its ownership. If you need grocery, the shop attendant tells you that a paper with value is needed to make the grocery yours. This is true for almost all the things around us, from a fancy handbag to an expensive villa. But this is not how Tal Ben-Shahari, a lecturer at the Harvard University and a positive psychology expert, puts the million-dollar question.

Instead of asking what gives us happiness, he compares the happiness generated through wealth with happiness generated through altruism. In his experiment, he found out that both wealth and altruism generated happiness. You are probably excited that your hunch was right. But he found, contrary to our common wisdom, that the length of happiness emanating from altruism is longer. You are probably alarmed because you had always believed that wealth could get you many things if not everything. From Professor Shahari we learn that wealth cannot give us lasting happiness. That is because sooner or later its trance will end. If this is so then should we not wonder about things human beings around the world value other than wealth? According to Universalists and anthropologists we should.

Keeping this in mind, John Finnis, Emeritus Professor at the Oxford University, wrote his natural law theory as encapsulated in the “Natural Law and Natural Rights 1980” (revised in 2011). According to Professor Finnis, there are seven basic values that are dear to us all. These are: life, play, aesthetic experience, religion, practical reasonableness, knowledge and sociability. He calls these indemonstrable pre-moral principles of human existence. In simple language it means that humans are born with an appreciation for these values, and the experience of life would be incomplete in their cumulative absence.

You read this and say okay, I get that, but why should I believe it right away. Should I not test this? Of course, you should, and we will do just that. We begin our enquiry with life first.

We know that preservation of life and its quality is a constant value. Whenever our physical integrity and psychological fitness are attacked we respond with their protection. Just imagine a person on death row; his/her greatest desire would be the forfeiture of the death penalty. Now think about a person who has suffered mental agony, his/her foremost desire would be escaping the mental suffering. In fact, much of the criminal law is designed to guard exactly this value.

According to Professor Finnis, there are seven basic values that are dear to us all

Let us now turn to play. If you are already a parent or a book reader you may have a prejudice for knowledge over play. But it is exactly this mistake that deprives us of the opportunity to relax and reinvigorate ourselves through a balance between knowledge and play. If a person studied long hours for long periods of time and did not engage in recreational stuff as small as saying hello to a friend, his or her social ethic was weakened as a minimum or lost as an extreme. The disproportionate engagement in studies has led many to be either weak at people skills, as was the case with Jean Jacque Rousseau, or have a nervous breakdown, as what happened to John Stuart Mill.

Now moving on to the third value, aesthetic appreciation. This is the appreciation of beauty in nature or things around us. You probably witnessed it when you saw a child saying wow on seeing a new exciting cartoon. Or when you saw the sun set and could not turn your eyes away because its beauty had mesmerised you.

If we now turn to the fourth value, religion, we realise it is the wonder about things around us and asking metaphysical questions such as what is reality. Of course, there is an organised sense to religion but it has been explained like this to do justice to Finnis’s idea and not my own.

Next on our list is knowledge. It is the curiosity found in all of us. Borrowing an expression from Martha C Nussbaum, one can say that it means education for human development and not economic proliferation or benefits.

This brings us to our last value, sociability. It is understood in two senses. In its weak sense, it means harmony, and in its strong sense it means friendship. As is commonly known, there is disquiet and disarray experienced by those who live in the hustle and bustle of city life. They restore their lost peace with a holiday in a sleepy and a serene place.

If we fail in making equilibrium among these methodological requirements of practical reasonableness, we bring unhappiness upon ourselves

Having learned about our common values, you might ask if their knowledge would make you happy. Professor Finnis and my own response: of course not. This is because our real happiness is in striking balance in these values. A person who values knowledge is under a moral duty not to patronise those who value play. Rather, he/she should give others space, and let them prioritise their values as long as their disdain for their own values is minimal. This could be achieved, says Finnis, if we planned our lives coherently, did not make arbitrary preference between values and persons, did not stop using conscience, did not require officials to go against the spirit of law, did not go back on commitments, and learned how to detach from projects.

If we fail in making equilibrium among these methodological requirements of practical reasonableness, we bring unhappiness upon ourselves. It means that in the absence of balance among basic values we have a propensity to put ourselves in a situation where we are worse off with happiness generated through wealth. Therefore, if we want to switch from short-lived wealth-oriented happiness to long-lived seven-basic values oriented happiness we must anchor ourselves to balance.