‘Alif’ truly symbolises my vision as a director: Haseeb Hasan

* 'I never planned to be a director growing up,' the director says 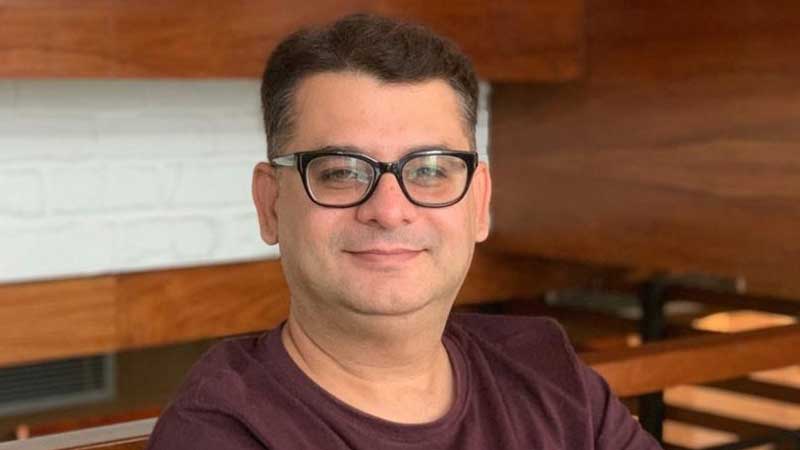 Pakistani television and film director Haseeb Hasan took his passion seriously to serve the greater cause of storytelling. This year, he introduced us to an emerging phenomenon Alif, a drama unlike any other. The play has sparked high hopes for Pakistan’s waning television industry deprived of effective storylines and social messaging. Find out more as I chat with Haseeb about Alif, the upcoming web series Dhoop Ki Dewaar and his forthcoming feature film.

What led to your calling in direction?

I never planned to be a director growing up. My creative thirst for this profession was there while I was undertaking my medical education. I had been an active listener and a good reader throughout my life. In 1995, seniors in my social circle encouraged me to live out my passion and I ended up switching my field to Mass Communication. I followed my Masters with internships and served as an assistant to different directors. I engaged in workshops and short courses abroad and polished my skillset.

‘Alif’ is your directorial creation; a play that helps us realise our love and search for Allah. What propelled its concept and how has the drama influenced the viewers so far?

A majority of my past work is commercial and attuned to the interests of the audience. Pakistanis around the world savour the primetime slot of TV. I have successfully made many dramas in that respect, however they never satisfied me personally. After reading Alif’s script, I thought to myself that it maybe the project I had always wanted to do in my career and would truly symbolise my vision as a director. While executing each scene, I knew I was not only fulfilling my duty but also serving a noble cause. The kind of work currently on air is imparting nothing of value in our society. Our industry’s efforts to construct Pakistan are in vain. Alif details the journey of a man who knows his creator but is blind to him. As a child, Qalb-e-Momin connected with Allah spiritually but he retreated, as he grew older. People love the story and its execution. It gets interesting as each week unfolds. I, for one am incredibly content with the reception so far.

‘A majority of my past work is commercial and attuned to the interests of the audience. Pakistanis around the world savour the primetime slot of TV. I have successfully made many dramas in that respect, however they never satisfied me personally. After reading Alif’s script, I thought to myself that it maybe the project I had always wanted to do in my career and would truly symbolise my vision as a director’

‘Alif’ centres on an A-list Director led astray because of his circumstances but he self-actualises and ultimately embraces the true essence of himself and his creator. The story subconsciously hints at our showbiz industry misleading us. Are you discouraging young aspirants from choosing performing arts as a profession with the theme of this drama?

Not at all – we have shown a director whose arrogance is beyond anyone else. He objectifies and exploits women in his films. As Momin’s grandfather rightfully puts it, “Tumhara kaam ghalat nai, tumhari simt ghalat hai.” (Your work is not questionable, your approach is). Qalb-e-Momin’s profession is only appropriate if it is devoid of filth. His way of creating art for the viewers is worth condoning. I strongly advise youngsters against this practice. Just like the corporate sector, medicine and textile industry, media itself is one of the best fields we have today. I welcome anyone who wishes to be a part of the show business but they should not produce content that diminishes the heart of our cinema, be it nudity, inappropriate wardrobe or misuse of women. I am against it. Instead, touch on themes that matter and show our society’s progress to the world.

The project, shot beautifully, is a class apart from many mainstream Pakistani dramas. What different style of direction did you go for?

I choose the directorial style only when I have read the script. Each subject and character requires a new line of approach and my manner of telling Alif’s story is what you have already seen.

Does the drama mirror your life in the limelight?

No – it is a fictional story; an adaptation of Umera Ahmed’s novel of the same name. I am involved in this project as a director only.

Why is ‘Alif’ special to you?

‘Alif’ is a rare occurrence for a Pakistani drama. We will not get to watch it routinely on our screens. We hardly make dramas in our industry that detail a strong human relationship with Allah. Your work becomes special once you realize its reward in the end. I directed Mann Mayal in 2016. I don’t think I will be rewarded for that drama. It was a success story but I was not content with it. One cannot deem a story as powerful if it bears no foundation in the world. Alif, on the other hand, is special because it carries a strong social message that will touch the hearts of many and in return, reward those influenced by it.

What do you look for in actors before hiring them for their assigned characters?

The actors we generally cast should somewhat resemble the characters so they don’t have to put in a lot of effort in executing their roles. For instance, Amir Khan refused the role of Natha in Peepli Live because he knew it would necessitate hard work. He ultimately considered someone else who could fit that role. We adhere to a similar casting process. The roles we offer can go to a performer who shares commonalities with a character. We prefer artists who are professional, focused and dedicated to their work. Nowadays, newbie actors consider themselves as stars. I would say they live in an imaginary world. Genuine actors have their own standing.

What are you exploring next as a director?

I am doing a web series for a global platform titled Dhoop Ki Dewaar. It’s a story of two families from India and Pakistan. The plot is riveting and relevant to today’s era. The project is in its final stages of completion. My feature film, currently in preproduction, goes on floors next year.