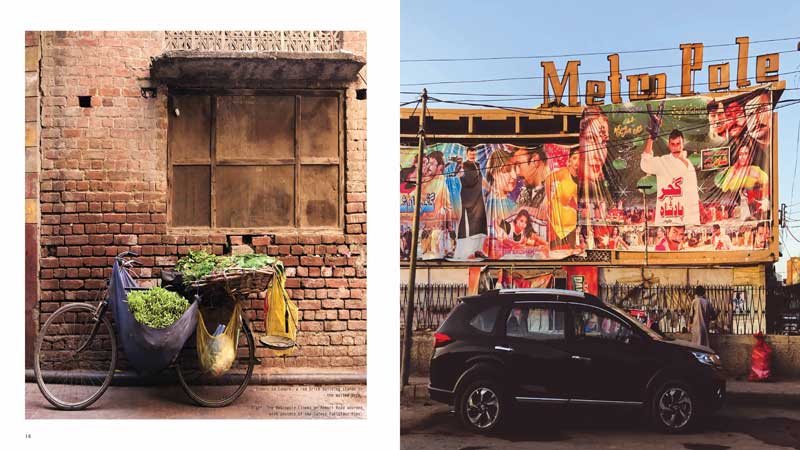 With FINDING LAHORE, Amna Zuberi pays homage to the historically laden city of Lahore, its sights and sounds, the moods and the senses that are so intricately webbed within the cultural capital of Pakistan. Indeed, this is Zuberi’s first published title as a photographer and travel writer, having featured previously in a number of Markings Publishing’s coffee table titles including the Pakistan Heritage Cuisine – A Food Story, Drops of the Divine – A Story of Milk in Pakistan, A Reel On Karachi among other celebrated titles.

The book launch segment at AdAsia Lahore 2019 was opened with an introduction on the afternoon by actor, singer and advertiser Shahzad Nawaz who invited on stage Markings Chief Executive Officer Kiran Aman and screened a video presentation on the publishing house. This was followed by a brief introduction on the book by Mahwish Rizvi at Markings, where she premiered the official video on the book and invited on stage Amna Zuberi who spoke about her experience working on FINDING LAHORE. This was followed by a talk by one of Pakistan’s most renowned Television personality, Usman Peerzada, who spoke about the cultural centre, the Walled City, and the historical significance of Lahore in this region. Usman Peerzada also recited a poem paying homage to Lahore, which was translated on-stage by Shahzad Nawaz. In attendance at the event were international and local media moguls and personalities including CEO Topical Printers Naseer Baloch, Randi Zuckerberg [Founder & CEO at Zuckerberg Media], Seema Jaffer [CEO and Creative Director at Bond Advertising], Sarmad Ali [Managing Director Jang Media Group], Ali Rez [Creative and Art Director], Asad Ur Rehman [Director Media, Unilever (MENA)], Ayesha Jalil [Actress], Frieha Altaf [Event Manager] and Farah Naz Sheikh [CEO Five Communications] to name a few.

Speaking about the book Finding Lahore, photographer Amna Zuberi said, “Seeing what I see as the beating heart of my city, the extraordinary in its everyday ordinary, come to life in the form of a book is such an exhilarating feeling.”

Kiran Aman, CEO Markings said, “It is our pleasure to launch ‘Finding Lahore’ as a part of our continued manifestation of our dream to document the culture, sights and sounds of Pakistan in a way that has never been done before. The photographer Amna Zuberi, is force to reckon with and a true artist of this country. We are delighted to be launching her first solo title.”

Naseer Baloch, CEO Topical Printers said, “Blessed to have grown up in a wonderful city rich with culture, we are now extremely proud to print and publish a book on this beautiful city called Lahore.”

Compiled, edited and published by Markings in association with Topical Printers, FINDING LAHORE is now available at Liberty Books and Book Mart across Pakistan, online at www.kitabain.com and internationally at Amazon.com for PKR 5,000.

Hailing from the heart of Pakistan, where she was influenced by centuries of history & a vibrant culture embedded in the roots of Lahore, Amna Zuberi is a graduate of the National College of Arts, thereafter pursuing a career in communication & design strategy.

Today a travel & street photographer, her passion for storytelling and discovery, saw her pick the camera and take the road a few years ago. Since then she has vastly traversed across the geographic, ethnic and cultural diversity of Pakistan, all the while building a better understanding & empathy of our environments and its people.

A published photographer and travel writer today, her work is part of a number of Markings publishing’s coffee table titles including the Pakistan Heritage Cuisine – A Food Story, Drops of the Divine – A Story of Milk in Pakistan and A Reel On Karachi among other celebrated titles.