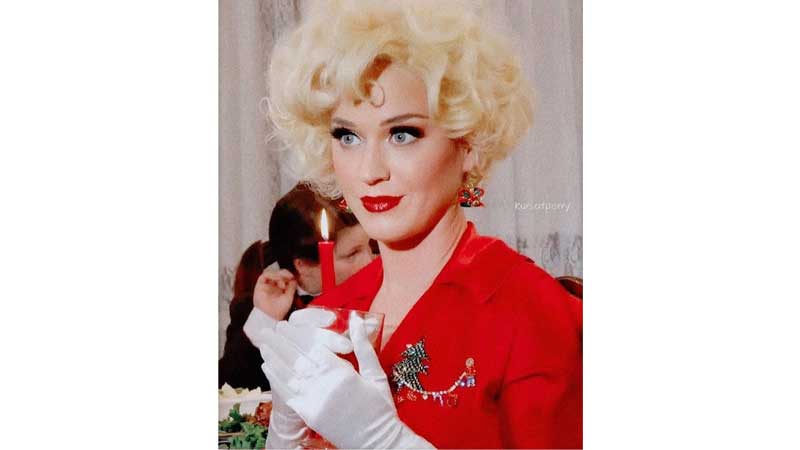 On Monday, singer and songwriter Katy Perry released her first-ever holiday music video “Cosy Little Christmas.” The clip, helmed by directing duo WATTS, features the pop star getting cozy with none other than Saint Nick himself – alongside a cast of classic stop-motion holiday characters – in a sunny L.A. ranch home. Why have a white Christmas when you can lounge poolside and get a massage from a reindeer? Perry released the song “Cozy Little Christmas” last year as an Amazon Prime exclusive. She co-wrote and co-produced the track with past collaborators Greg Wells and Ferras Alqaisi. This year, Perry has released the singles “Harleys in Hawaii,” “Small Talk” and “Never Really Over.” And, on a recent appearance on ‘The Ellen Degeneres Show’, she finally buried the hatchet regarding her long-running feud with Taylor Swift.