MUMBAI:  King Carl Gustaf of Sweden on Thursday has demanded the Indian authorities to lift curfew in occupied Kashmir and also offered mediation to resolve the matter. 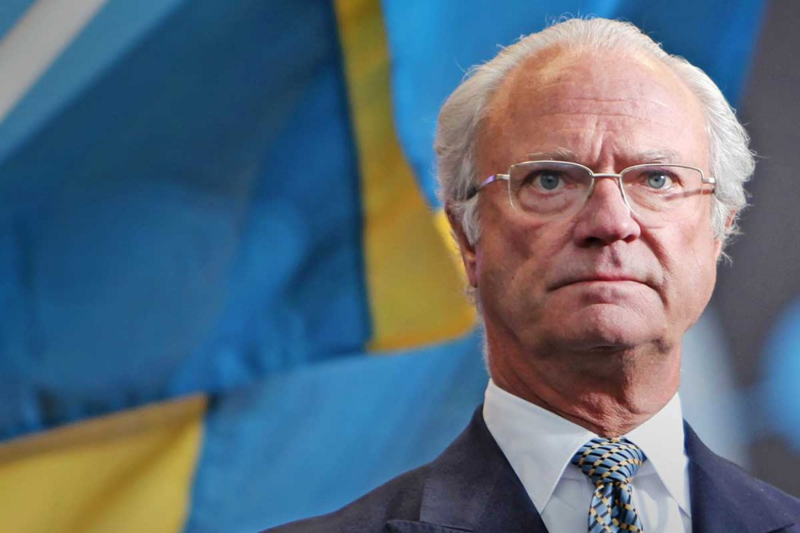 King Carl Gustaf of Sweden on Wednesday said his country had been acting as an observer in the occupied valley for the past several years and would continue to do so.

The illegal annexation of occupied Kashmir by Indian Prime Minister Narendra Modi had set off tensions with Pakistan, and the two nuclear-armed countries are still at loggerheads over the issue.

The Swedish king and his wife are on a five-day visit to India. The royal couple met Maharashtra Chief Minister Uddhav Thackeray and Governor BS Koshyari earlier in the day.

Asked if any offer for mediation by Sweden to resolve the Kashmir dispute was discussed when he met the Indian leadership in Delhi, he declined to answer, citing a policy of not commenting on political issues.

Sweden, a major advocate of human rights in the European Union, was only given a readout on what India is planning to do in the Kashmir Valley after the scrapping of Article 370, sources said.

Climate change is a very important issue for his country, he said, adding that solutions can be “difficult” politically, and it would be good if specific industries worked on improving their functioning to make themselves more sustainable.