No respite for Iraq

The Middle East is one region where things can generally go wrong with unpredictable consequences. I am referring here to developments in Iraq, Iran and Lebanon. Iraq and Iran share one commonality, which is that they are both predominantly Shia. In the case of Lebanon, it hasa substantial Shia population, with an important bearing on the country’s affairs. 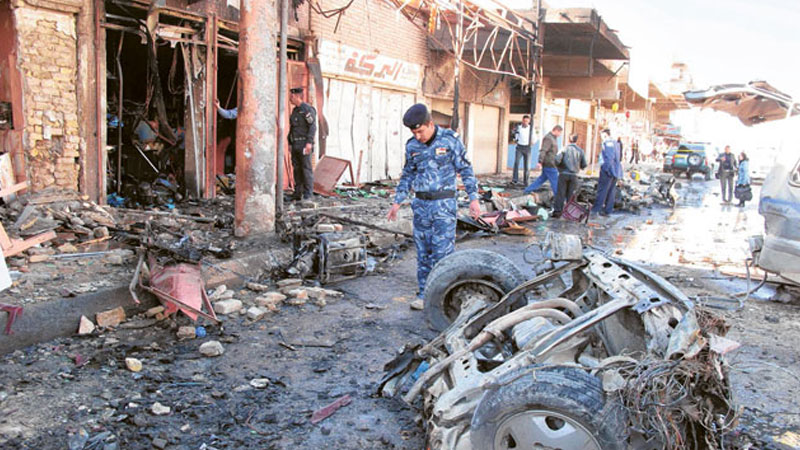 All three countries are in the midst of popular anti-government protests focused, more or less, on widespread corruption, growing unemployment, spiralling prices, inadequate service delivery, and a political class perpetuating its control. In other words, there is no accountability. The ruling political class is responding to the protests generally by unleashing state violence, resulting in many deaths, and trying to rough it out, which is only adding fuel to the fire.

Take the case of Iraq first, which had suffered under Saddam Hussein’s brutal regime, with its majority Shia population often the victims of his paranoia and political sadism.Even though Hussein was not a firebrand Sunni Muslim, he distrusted Iraq’s Shia population, subjecting them to periodic bouts of repression. And that was meant to instill fear among them of instant retaliation for any acts of omission and commission, and even without any provocation to show that they lived at Hussein’s regime’s mercy.

The first Gulf War, following Hussein’s invasion of Kuwait, put a big dent into his rule when the US-led forces defeated his army comprehensively. That the US didn’t follow it up with his overthrow was simply because they didn’t seem to have any backup alternative plans to replace him. But Hussein could no longer go after his Shia population because the US air force patrolled the Iraqi skies. It was, however, a short reprieve for him because when George W Bush became the US president, his advisers wanted to complete the task of installing a US-friendly regime in Baghdad.

When the 9/11 terrorist attacks happened in the US, the Bush regime busied itself to connect the Saddam Hussein regime with the al-Qaeda conspiracy, as well as accusing it of working on weapons of mass destruction. That, as it turned out, was dangerous fiction. It, however, gave the Bush regime a grand narrative to invade Iraq in 2003, leading to Hussein’s overthrow and subsequent hanging.Hussein’s overthrow was good news for the country’s majority Shia population.

But the country soon degenerated into chaos. Under Hussein’s brutal regime, the Shias mostly sought to survive, but after his overthrow, there was no political blueprint or even a coherent political organisation to take over from there. The US attempts to foster their version of democracy was bound to be chaotic for a society that had no background or experience of filling a big empty political hole. Hence, Iraq has continued to be ungovernable, with political factions/groups more interested in power grab with rampant corruption.

Under American control/occupation, a version of al-Qaeda had emerged to challenge both US control as well as Shia domination. It took the US and Shia authorities a bloody military offensive to snuff out this Sunni challenge.But out of continued chaos and political anarchy emerged the IS pronounced caliphate, extending over a large part of Iraq and into bordering Syria.Though the so-called caliphate was defeated, its ideology and its adherents are still motivated enough to be a continuing danger. In the midst of it all, Iraq’s so-called democracy has been merrily chaotic.

After Hussein’s defeat, Iraq’s suffering masses were expecting normalcy, with their government committed to provide jobs, services and security and govern transparently. Things have only got worse to the point that people have now risen in revolt to demand a total overhaul of the system, though there is still no alternative blueprint in sight.

The authorities have responded to people’s protests with state violence resulting in hundreds of people dead and thousands injured. What a terrible irony that the majority Shia population of the country is probably now worse off today than they were under Saddam’s rule.It doesn’t look like things are going to get any better in the foreseeable future. If anything, they might even get worse.

An interesting sideline, but no less explosive, is that the protesters have also been expressing their frustration and anger at Iran, which is blamed for contributing to the perpetuation of the corrupt political order in Iraq. They set fire to the Iranian consulate.

I might take this aspect of the Iraqi crisis and Iran’s own political crisisat some other time, as the Iranian regime is also using repression and violence on peaceful protesters.