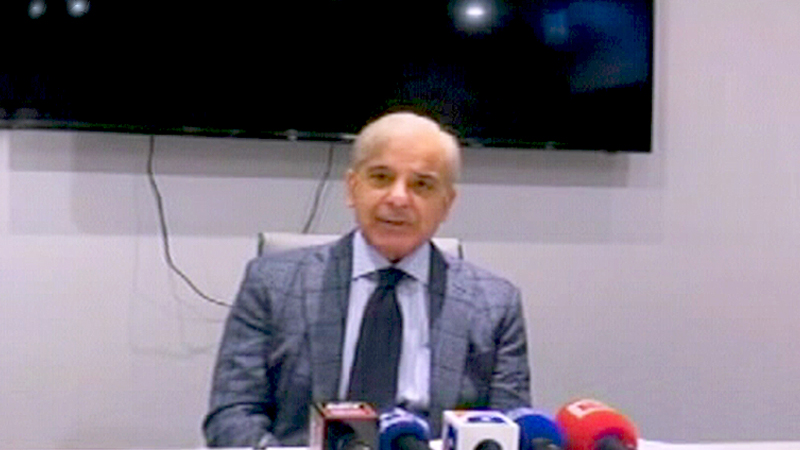 “I have never in my life seen a prime minister who lies as much as Imran Khan,” he said at a press conference in London. “Had he spent one-fourth of his time for Pakistan’s development, circumstances would have been different today,” he said.

Shehbaz said that the government has not build even a single home in the past one-and-a-half year while it promised people five million houses. “The failed policies of the PTI government have resulted in unemployment rising in Pakistan. We are burying ourselves in debt,” he said. There are some ministers in the government who had used their political influence to have loans written off. “Those who were involved in corruption, you made them your advisors,” he said, while addressing the prime minister.

The former Punjab chief minister said that Pakistan progressed a lot during the Nawaz Sharif’s government. “Load shedding spanned for as many as 20 hours before our government was elected,” he said. “Nawaz Sharif used the resources of the nation to produce 5,000 MW of electricity,” he added. Shehbaz said Prime Minister Imran and his advisors have been issuing statements against the PML-N leadership for the past one-and-a-half year. “Over the past year-and-a-half, a malicious propaganda waz undertaken by Imran Khan Niazi and his ministers in which poisonous remarks were made but the comments given by the honourable bench, and especially the chief justice, in Tuesday’s hearing has separated all the truth from the lies,” he said.

The PML-N president said he has never before seen a prime minister ‘more divisive, egoistic, ungrateful and full of anger’ than Prime Minister Imran Khan. “No one in the country has any doubt of the way he attempted to push the opposition against the wall, seeking their conviction in false cases and spewing poisonous remarks against them,” he claimed. “I was summoned to court to attend a hearing of the clean drinking water case but arrested for my alleged corruption in the Ashiana Housing Scheme case,” he said. “On February 14, 2019, the court gave me bail on merit in the two cases,” he added.