Manzoor and Shakeel hammer hundreds in Sindh fight back 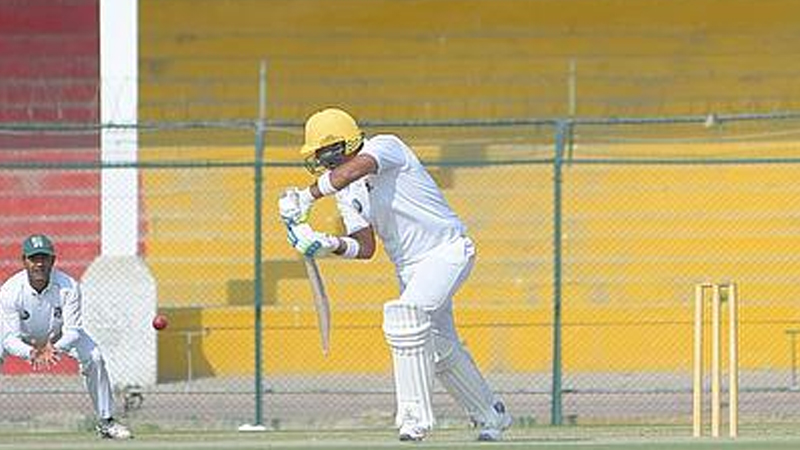 KARACHI: Khurram Manzoor and Saud Shakeel hit centuries as Sindh hit back hard at Balochistan on day three of their four-day tenth round first class Quaid-e-Azam Trophy match at the National Stadium on Wednesday. Responding to Balochistan’s first innings total of 471 for nine declared, Sindh had reached 356 for five in 115 overs at stumps. Fawad Alam continuing his rich vein of form, and remained unbeaten at close with 69 runs with Hasan Mohsin (7) the other not out batsman. Alam’s innings came after Khurram and Saud had frustrated Balochistan bowlers with a big second-wicket partnership of 213 runs which ended after lunch. Manzoor scored his first hundred of the season making 109 from 208 balls with 15 fours while Shakeel carried on to a big score of 151 from 275 balls with 16 fours. Both the batsmen dominated the bowlers with some spanking shots on both sides of the ground when play resumed this morning and on a good batting track even successful left arm spinner, Mohammad Asghar went wicket less. Till the third day a total of five centuries have been scored in the match as from Balochistan, their captain, Imran Farhat (137), Akbar-ur-Rehman (122) and Amad Butt (106) were the centurions.