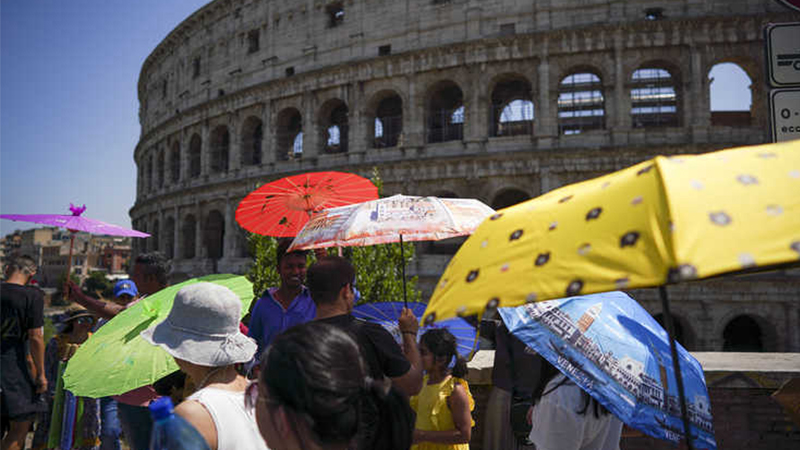 Those range from lung and heart problems caused by toxic air to deaths in storms and wildfires, and the expansion of dengue, malaria, cholera and other diseases spread by mosquitoes and contaminated water.

“The cost of not taking enough action at the climate summit… is paid by my lungs and your lungs,” said Maria Neira, director of the department of environment, climate change and health at the World Health Organization (WHO), a U.N. agency.

The causes of climate change and air pollution overlap, she added, calling for societies to “decarbonise”, including by ditching coal as a source of power and heat, and ending subsidies for the extraction and use of fossil fuels.

According to the WHO, the burning of oil, gas and coal is responsible for two-thirds of the outdoor air pollution that causes about 4 million premature deaths each year.

More intense and longer heatwaves are another growing health problem in many parts of the world.

A study published in the journal Nature on Monday found extreme heat in the United States from 1969-1988 caused an increase in deliveries of babies on the day it hit and the day after, with those births happening up to two weeks before they were due.

At the Madrid climate talks on Tuesday, activists and aid agencies cited a rise in hospital emissions linked to smoke from Australia’s recent bushfires.

In southern African countries hit by Cyclone Idai this year, they said, people are struggling to feed their families after fields and homes were destroyed.

To deal with the rising human and financial health costs of climate change, health services and related institutions need a boost in funding – currently sorely lacking, the WHO said.

On Tuesday, it released a report highlighting how countries are increasingly prioritising dealing with climate change threats to health.

Half of about 100 nations surveyed said they had developed a national strategy or plan to tackle the risks.

But only about 38% had finances in place to even partially implement their plans, and fewer than 10% had the money to put them fully into practice, the report showed.

Diarmid Campbell-Lendrum, WHO’s coordinator for climate change and health, said all countries surveyed – from Europe to the Americas, Africa and Asia – are struggling to finance measures such as protecting hospitals from weather disasters and ramping up disease surveillance.

In richer countries, the difficulty lies in securing allocations from national budgets due to competing priorities.

Poorer nations, on the other hand, need international climate finance to help them cope, but are struggling to access it because of a lack of information, capacity and connections.

As a result, less than half a percent of international climate finance has gone to projects to head off climate risks to health, Campbell-Lendrum said.

“These countries are exposed, they are vulnerable and they are unsupported,” he added. The WHO plans to help developing countries put together projects to bolster their health systems that can secure backing from international climate funds, he added.

One of the biggest potential sources of finance, the Green Climate Fund, has identified health and wellbeing as a priority area but has yet to approve any projects with that focus, Campbell-Lendrum noted.

Things that could be financed might include “smart hospitals” – now being tested in the Caribbean – built to withstand strong winds and floods while also harvesting rainwater and running on solar power.

He noted that the mental health impacts of climate change had “shot up the agenda”.

The effects can range from the trauma of going through disasters to the shock of being made homeless, or young people feeling anxious and frustrated about climate change.

Once a “hidden issue”, it is “the one that we have heard the most about in the past four to five months”, he told journalists in Madrid.