‘The Two Popes’ — a face-off of Biblical proportions 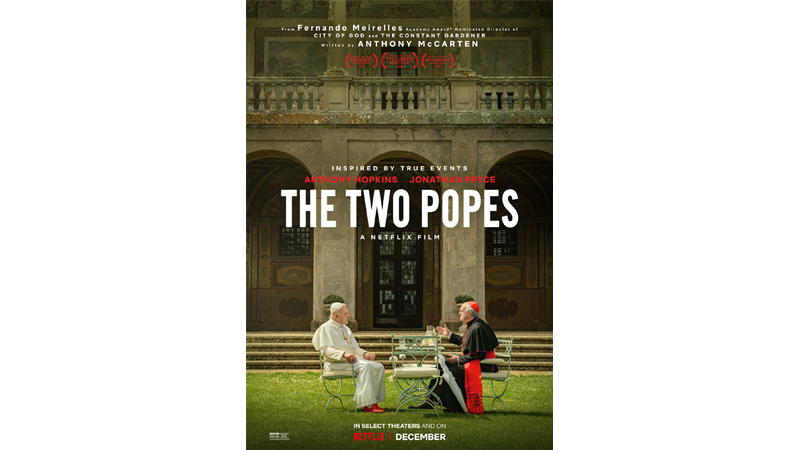 Want to see a master class in acting? Watch Jonathan Pryce and Anthony Hopkins show how it’s done in The Two Popes, a fiercely moving and surprisingly funny provocation that pivots on speculative conversations between the German John Ratzinger, aka Pope Benedict XVI and Argentine Cardinal Jorge Mario Bergoglio, the future Pope Francis. In Anthony McCarten’s beautifully written script, the two men – Benedict a lofty aristocrat who prefers classical music, Bergoglio a humble servant with a thing for ABBA – struggle to find a unifying bond. They feel each other out in a litany of languages – English, Latin, Italian, Spanish – during a verbal game of liturgical chess that cuts to the heart of the division within the Catholic Church. Dull? Not a bit. In 2013, Benedict rocked 1.2 million Catholics by becoming the first pope since 1415 to resign.