Nakamura: Japan doctor who devoted his life to Afghanistan 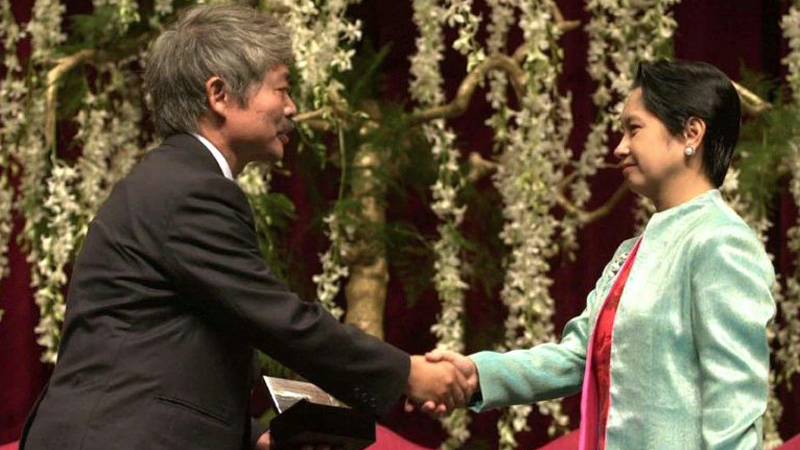 Japanese doctor Tetsu Nakamura, killed Wednesday in an attack in Afghanistan, devoted 35 years of his life to healing Afghans and Pakistanis and eventually became an honorary citizen of his adopted home.

Often seen sporting Pashtun dress, the 73-year-old native of the southern city of Fukuoka headed to Peshawar in northwest Pakistan in 1984 to treat leprosy in Pakistanis and sick Afghan refugees.

The posting was meant to be for “five or six years,” he said in an interview with national broadcaster NHK last year. “The plan was to come home when I was done.”

“We didn’t have the proper facilities (for surgery and rehabilitation) but I couldn’t just run away and abandon these people,” he said.

The doctor founded Peace Japan Medical Services, known as Peshawar Kai in Japanese and went on to open a clinic in a remote village in Afghanistan in 1991.

But he quickly realised that he needed to treat the root causes of illness in Afghanistan, as well as the acute symptoms, and identified better irrigation to fight malnutrition as a priority area for his aid work.

“Starvation, drought… medicine cannot solve these problems. We realised we needed to go beyond the narrow field of medicine,” he told NHK.

“As a doctor, nothing is better than healing patients and sending them home,” he said.

“A hospital treats patients one-by-one but this helps the entire village. I love seeing a village that’s been brought back to life,” he added.

But Nakamura issued a stark warning of the dangers of of desertification in Afghanistan.

“Every year, it gets worse. I know that the people in Afghanistan are scared of losing their country that will become a desert.”

Just two months ago, Nakamura was honoured for his humanitarian work in the country with honorary Afghan citizenship.

“In his harsh beloved hills, Nakamura strives to transcend politics, religion, and ethnicity and to practice mutual dependence. For all of us, he believes, this is the key to peace,” the group said in its citation.

On the political front, he was an outspoken opponent of the 2001 US-led war that ousted the Taliban regime, whom he defended as able administrators.

Nakamura was shot on the right side of his chest during the attack and was in the process of being transferred to a hospital in Bagram near Kabul when he died at Jalalabad airport.