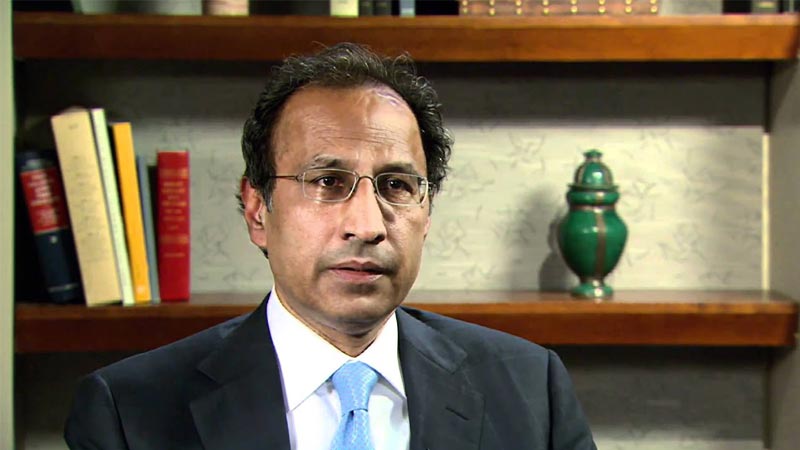 Stable outlook reflects world’s confidence in Pak economy, Dr Hafeez Shaikh Adviser to Prime Minister on Finance and Revenue Dr Hafeez Shaikh on Wednesday said that 15 months of effort and hard work by the government had paid off and one could see the beginning of an economic turnaround and the economic environment becoming more stable as being recognised by the international community and global economic institutions.

“We inherited a very grim economic situation with the debt levels and the fiscal and current account deficits reaching at the highest level, but through serious work and collaboration with international community, we have stabilised the economy and the international community is also recognising our efforts,” he said while addressing the inaugural session of the two-day conference arranged at a local hotel on the theme of “Rethinking Microfinance: Developing a New Inclusive Finance Compass”.

The Adviser said that an over US$ 1 billion investment in Pakistan’s bond market and a 238 per cent growth in the foreign direct investment in the first four months of this fiscal year which comes to $650 million, were reflection of an increased level of confidence the international community had begun to show in the Pakistani market.

“Similarly, IMF applauding Pakistan for meeting all agreed structural benchmarks with comfortable margins in the first quarter, Bloomberg declaring Pakistan Stock Exchange as the world’s best performing market in last three months and now Moody’s upgrading Pakistan’s ranking from the negative to stable are positive developments and signs of the progress achieved on the economic front by the government,” he added.

He further pointed out that the government also inherited the highest ever current account deficit of $ 20 billion but this massive current account deficit was contained and turned into a surplus for the first time in many years in the month of November. Similarly, the fiscal deficit adjusted for interest payment which is also called primary balance had also turned into a surplus in the first quarter of this year.

Dr Hafeez Shaikh also told the participants about government efforts to boost the exports which had previously shown negative growth for five consecutive years, but because of incentives given to exporters in terms of no taxes on export sector as well as subsidization of gas and electricity and grant of additional Rs 300 billion subsidized loans, the exports had gone up by 3.4 per cent during the first four months of current fiscal year with 9.6 per cent growth recorded in the month of November alone.

“The government is working on a strategy to lead a transition away from a largely import-oriented economy to the one where the focus is on exports and earning of dollars to improve the quality of life of the common Pakistanis,” he said.

Talking about the microfinance sector, the Adviser asked the conference participants to deliberate on how the cost of doing business could be reduced in terms of reduced rate of interest and the time lost in processes, and how one could increase access or scale up and how we could enhance the impact and what exactly the impact meant in terms of jobs and tackling poverty. “We also need to debate how we can keep learning as these are important questions that need to be debated and answered to formulate strategies for furthering growth in this sector,” he said.

Meanwhile, Adviser to PM on Finance and Revenue Dr Hafeez Shaikh also held a detailed interaction with a group of television anchorpersons in his office.

During the informal discussion that continued for about two hours, the Adviser briefed the anchors on the current state of economy with a focus on what state of economy the government inherited in 2018 and what policy steps and measures were adopted by the government for stabilisation of economy and subsequent success achieved in various areas, including 16.4 per cent revenue growth, 238 per cent growth in FDI, 3.4 per cent growth in exports in the first four months of this fiscal year as well as stabilisation of exchange rate, declaration of Pakistan Stock Exchange as the world’s best performing stock by Bloomberg and the upgradation of economic outlook of Pakistan from the negative to stable by the Moody’s.