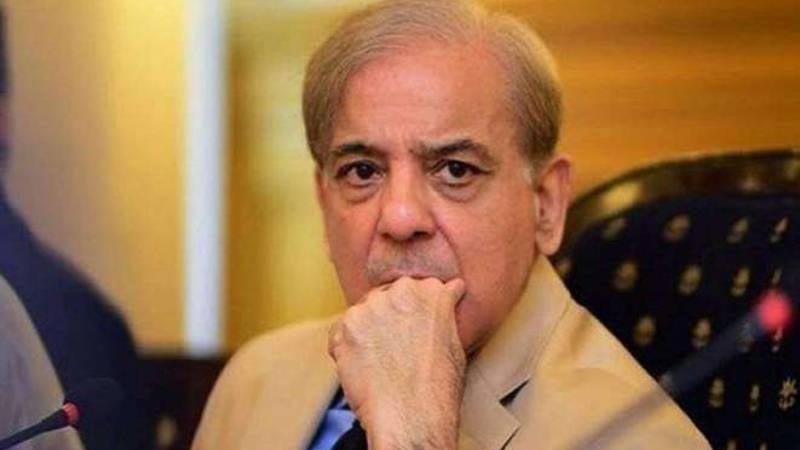 The National Accountability Bureau (NAB) on Tuesday issued orders to freeze 23 properties owned by Pakistan Muslim League-Nawaz President Shehbaz Sharif and his sons Hamza Shehbaz and Salman Shehbaz in connection with an investigation pertaining to accumulating assets beyond known means of income and money laundering.

The order passed by DG NAB Lahore Shahzad Saleem brings the total number of immovable assets belonging to Shehbaz to eight while 15 immovable properties of Hamza and Suleman have been frozen in different cities, including Lahore, Chiniot, Haripur and Abbottabad.

The watchdog issued six orders, each listing separate properties acquired by Shehbaz, Hamza and Salman, all three of whom are nominated in corruption cases being probed by NAB. The orders will remain in place for 15 days, during which NAB will file an application in the relevant accountability court for their confirmation.

According to the NAB order, Shehbaz’s properties include two houses in Model Town Lahore and one bungalow in Nishat Lodges, Daunga Gali, Abbottabad acquired in his wife Nusrat Shehbaz Sharif’s name. A cottage, a villa, and a six-marla plot in Khasra and two houses in Defence Housing Authority (DHA) Phase V Lahore bought by the PML-N leader in the name of his second wife Tehmina Durrani. Hamza and Suleman’s immovable properties include two plots in Chiniot’s Tehsil Bhowana, nine in Johar Town Lahore and four in Judicial Colony Phase 1 (Extension).

According to the bureau, the evidence collected so far has provided NAB with ‘reasonable grounds for believing’ that Shehbaz, Salman and Hamza are involved in ‘offences of corruption and corrupt practices’. According to NAB, it has been found that Shehbaz acquired several properties – which have now been frozen – in the name of his wives Nusrat Shehbaz and Tehmina Durrani in Lahore, Abbottabad and Haripur. Hamza and Salman also acquired several properties in Lahore and Chiniot, which have now been frozen by the anti-graft watchdog.

The order cites an “investigation against accused Shehbaz Sharif, Hamza Shehbaz Sharif, Suleman Shehbaz and others for offence(s) of corruption and corrupt practices as defined under Section 9(a) punishable under Section 10 of the National Accountability Ordinance 1999 read with Section 3 of Anti-Money Laundering Act 2010.”

Meanwhile, the NAB has taken back its petition in the Supreme Court that challenged the bail to Shehbaz Sharif in Ashiana-e-Iqbal Housing case. The apex court wrapped up the petition against Shehbaz after it was withdrawn by the NAB.

Separately, PML-N Secretary General Ahsan Iqbal has questioned the Pakistan Tehreek-e-Insaf (PTI) government’s sincerity in bringing legislation and ironing out the lacunae in the reappointment or extension of tenure of an army chief. “This government would not be on warpath with opposition if it was sincere on the matter,” he said while addressing reporters outside Parliament House on Tuesday. Iqbal said freezing PML-N President Shehbaz Sharif’s declared properties and similar vindictive moves are being carried out on the government’s behest. “Now, if the government is willing to engage the opposition in the matter of army chief’s extension then we would directly talk to [Prime Minister] Imran [Khan] Niazi and not with his ministers,” he maintained. “We thought the government would extend an olive branch to the opposition on the matter, but it did exactly the opposite. This attitude suggests that the government is not serious in amending the Army Act,” he remarked.

Reacting to the statement, Special Assistant to Prime Minister on Information and Broadcasting Dr Firdous Ashiq Awan said all state institutions are working with absolute autonomy and authority without any influence. “Wrongdoings of Shehbaz Sharif are coming in front of him. In new Pakistan, all institutions are working independently and linking their (institutions) any action with the government is extremely regrettable,” she said in a tweet. She asked senior leader of Pakistan Muslim League-Nawaz (PML-N) Ahsan Iqbal that how long he would defend the corruption of his leadership and continue telling a lie to mislead the public. She said the time would prove that who stood for Pakistan’s interest while making legislation in the Parliament and who opted to do politics of personal gains, adding the opposition has been making lame excuses that the legislation process is not being taken seriously. As the phase of legislation is getting closer, she said, the opposition wants to escape from it. She said people, who create hurdles and impede the legislation in the national interest, will eventually be called opportunists.