Being a psychologist, my friends often ask me why they feel an unspecified pain inside them. A friend of mine is a renowned singer; he saysto me that everything he wanted in life he has achieved it today, but that does not end the pain.He wonders why he is still in a vague pursuit. I often tell him that when a person finds something that he wants, he actually loses it.A person can do anything in this world but his thirst and desire do not end. Allama Iqbal wrote: “There is a state after every metaphysical state of yours/This life is nothing but a journey.” 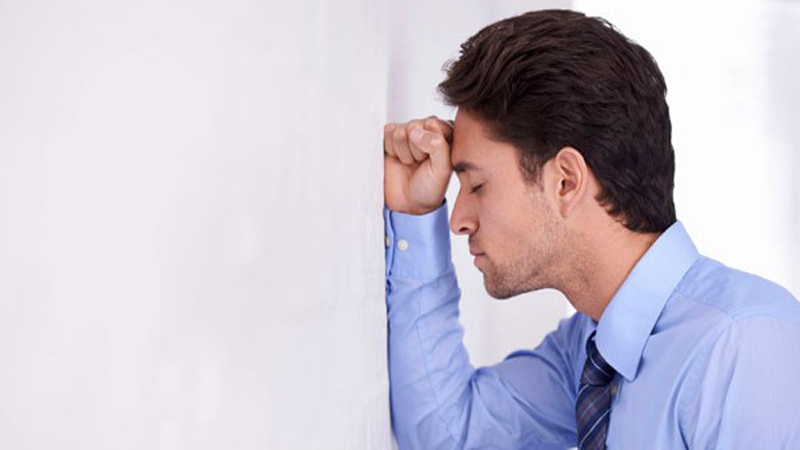 If a person has sensitivity, he can never be at peace, and hence the world’s most sensitive people are often in misery. Dale Carnegie, a well-known American psychologist and motivational speaker, had been teaching people to be happy, but he spent his life in extreme pain and committed suicide in the same pain. The renowned German philosopher, Frederick Nietzsche, was blind in the last stage of his life. Pain is not just a pain in the body; rather, it is the pain of consciousness, the torment of awareness. It is possible to diagnose pain in any part of the body and treat it, but the pain of consciousness can neither be properly described nor shown to anyone. Psychologists interpret this pain as anxiety; this is a purely psychological term.

We interpret anxiety in different ways. Everyone experiences anxiety at some point in their life; today, about ninety-nine percent of the world’s population is suffering from anxiety due to a mild or a severe condition. This pain comes with human birth, but it is realised after gaining consciousness; before that it remains inactive in subconsciousness. If your consciousness is a bit active you cannot live without pain. What is this pain and how can we properly describe it?

We cannot fully describe pain but we can deal with it makingit inactive with gentle feelings and affection. Intelligent people make the pain inactive through love and compassion. Bertrand Russell said in his last interview, “Love is wise and hatred is foolishness.” Love and compassion are the only pathways through which we can get salvation from this pain. There is no treatment in clinical psychology or in allopathic medication; physicians only prescribe medicines for patients of anxiety to inactivate the pain. That is not a cure of anxiety.

Nietzsche said, “He who has a why to live can bear almost any how

According to the World Health Organisation, every day one hundred and twenty-three people around the word commit suicide due to anxiety. It is an irrefutable fact that there is any human being who can commit suicide without pain. A physical pain can be tolerated with medication and a human being tries to live with that pain, but the pain of the soul kills many times. What would be that living in which every moment feels like death? Human beings consider death a great distress and have always been afraid of death, but they never fear to live in which every moment is a hidden death.

Being a psychologist and a metaphysician I must add that there is no accurate cure in psychology and alloppathy for anxiety. Physicians and psychotherapists prescribe medicines for anxiety; those are a synthesis ofaddictive chemicals. Drugs can suspend the consciousness for a few hours, and when the effects of the addictive drugs disappear, the person suffers again.

Ma AnandSheela, the personal secretary of BhagwanOsho, the great spiritual master, saidin an interview to an Australian journalist in 1984, “Bhaghwan was taking 60 tablets of 10 mg valium everyday.” Bhaghwan was a mind-blowing spiritual guru and an outstanding spiritual figure of the previous century. He was a logician, a polymath, a religious critic and a valiant person, but he also suffered from pain.

Life is an essential misery, and pain can never be ended at any phase of life until death. We don’t know what happens after death. Nietzsche said, “He who has a why to live can bear almost any how.” He also wrote, “That which does not kill us makes us stronger.” Life is like Dracula, an archaic character by the Irish author, Bram Stoker. Life sucks our blood in every moment of our existence but we still fight with that vampire and survive its difficulties some how.