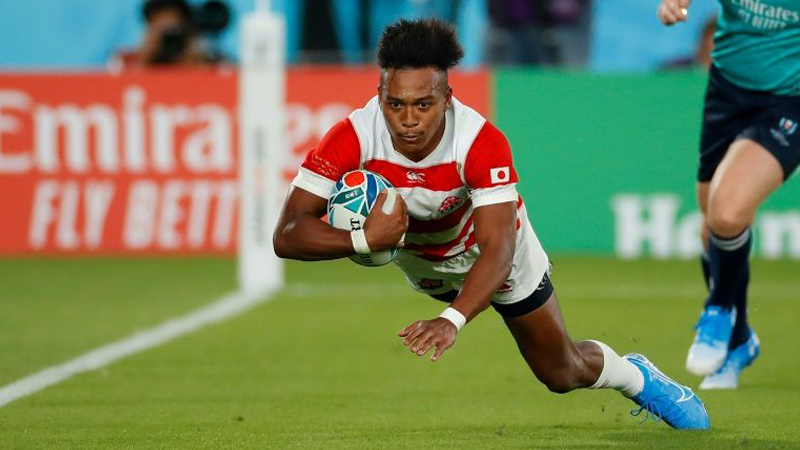 Japan rugby team’s slogan “One Team”, the “#KuToo” campaign against a de-facto requirement to wear heels at work, and the new imperial era name “Reiwa” were chosen Monday as the most memorable 2019 buzzwords.

“One Team” was declared the top buzzword of the year live on national TV, after the Brave Blossoms captured Japan’s imagination by reaching the Rugby World Cup quarter-finals for the first time.

With stunning wins over Six Nations sides Scotland and Ireland and a gutsy last-eight loss to eventual winners South Africa, the Japanese team won the heart of a nation hooked on baseball and sumo — with supporters packing out fanzones and tuned in in their millions.

Campaigners say wearing high heels is seen as near-obligatory when job hunting or working at many Japanese companies.

They submitted a petition in June to the government to protest against the requirement.

The list also included “Reiwa,” — meaning beautiful harmony in Japanese — the name of the era that defines the new emperor’s reign.

Although the Gregorian calendar is widely used in the world’s third-largest economy, Japan is the only country still using Chinese-style imperial calendars for private and public documents as well as computer records.

The announcement of a new era name is a massive event in Japan, marked with special newspaper editions, calligraphy shows and public festivities.

Another topical buzzword was “keikaku unkyu” (planned cancellation) in relation to the advance suspension of Tokyo trains as Typhoon Hagibis approached in October.

A craze for tapioca drinks resulted in another buzzword “tapiru”, which combines the two words tapioca and “suru” (do).

Japan chooses the buzzwords as well as the kanji, or Chinese character, of the year annually at the year’s close.