In Muzaffargarh, a First Investigation Report (FIR) has been lodged against a suspected person for trying to assault a six-year-old boy.

A six-year-old boy gone disappear on Saturday evening after he had gone to Bazar. Consequently, the family members, while searching the minor boy, heard the un-liked sound of screaming near fields. When the family members approached the screamed, the suspected person flew away; leaving the minor unconscious.

According to the report, the FIR was lodged against the suspected person on December 1, at the Rohillanwali police station, under Section 377 (unnatural offense) of the Pakistan Penal Code (PPC and Section 367-A (kidnapping or abducting to subject a person to unnatural lust).

The sexual harassment case with minors are rapidly increasing in Pakistan, only in 2019, from January to June in the current year, 1,304 cases of sexual abuse of children have been reported by the media in the country.

Which the numbers of minor girls and boys are 729 and 575, respectively, who became casualties of sexual misuse. The cases under significant classes included 378 of snatching, 139 of assault, 153 of homosexuality, 46 assault, 88 of group homosexuality through 12 minor boys and four girls have been killed after sexual maltreatment. — Announced Sahil.

Be that as it may, at present, the is no coordination on the sharing of guilty parties’ names among the Federal Investigation Agency and Police division. No administration division holds the records of the sex wrongdoers.

“There is no registry of victims of child abuse, because of which even Parliament House demands data on victims from us”. Quoted by Sidra Humayun, a representative of Sahil 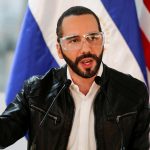