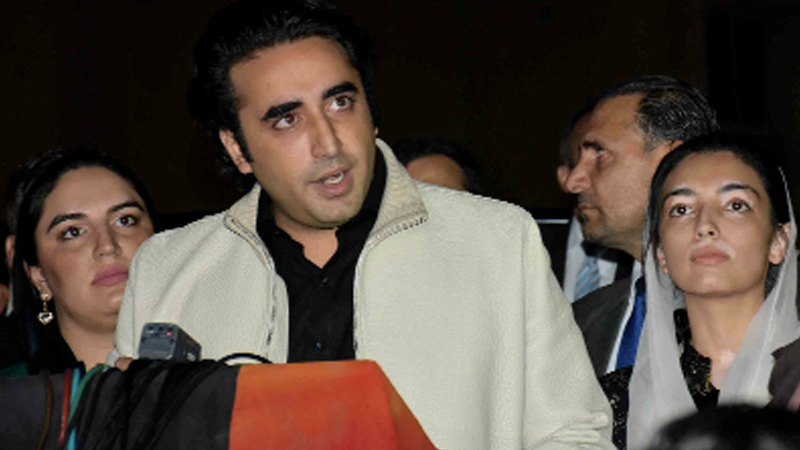 The PPP chairman made the announcement during a media talk where he said that the party will file a bail plea on medical grounds for the former president who is facing a case against him in relation to fake bank accounts, a private TV channel reported.

Bilawal said the PPP will not retreat from its political point of view and file a petition until Tuesday. “We do not trust Pakistani doctors,” the PPP chairman said.

Earlier in the day, Bilawal met with his father who is currently under treatment at the Pakistan Institute of Medical Sciences (PIMS).

“A number of things related to the country’s political situation came under discussion,” he said after the meeting. “Our Foundation Day rally was very successful and Kashmiris showed full participation in it. We have decided to observe the death anniversary of Benazir Bhutto at Liaqaut Bagh on Dec 27,” he said.

Doctors have reportedly advised heart surgery of Zardari over his serious health condition. The former president has been feeling difficulty in walking due to his heart ailment. The doctors at PIMS have advised the former president to avoid physical movement and take complete rest.

Earlier this month, an accountability court had dismissed a plea seeking permission to move Zardari to Karachi for medical treatment.

Zardari was arrested in June after his bail application was rejected in connection to the fake bank accounts case.