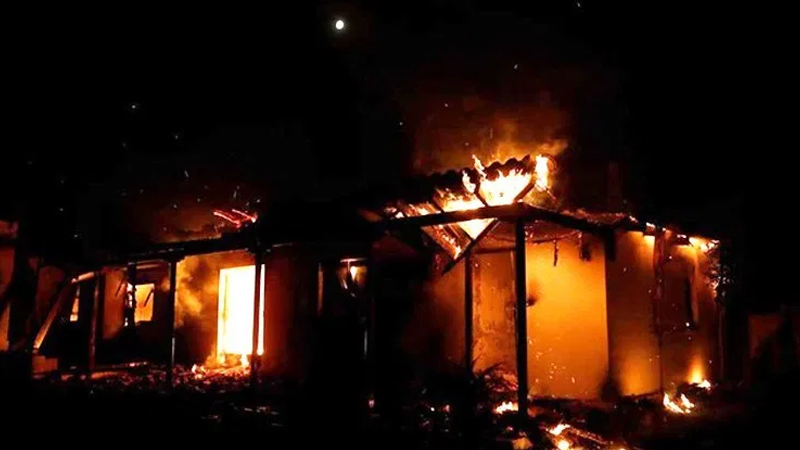 The Ministry of Foreign Affairs confirmed on Monday that 13 Pakistanis, including seven children, four women and two men, were killed in a fire in their tent in a rural area in Jordan.

Three people were injured in the fire, which broke out around 2am on Monday, but are in a stable condition, the ministry said in its statement. According to Jordan’s rescue services, the incident occurred on a farm in South Shona, around 50 kilometres west of Amman, the capital of Jordan. The rescue services further said that the fire had broken out in a corrugated metal house.

The makeshift building was home to two Pakistani families working as agricultural labourers, they said.

According to the Foreign Ministry, the victims were of the Joya family and had migrated to Jordan during the 1970s. They belonged to Sindh’s Dadu district.

The ministry said that the Pakistani embassy was in contact with the victims’ relatives who live in Jordan, while the ambassador and embassy’s senior officials were prepared to provide any assistance required by the family. The Jordanian authorities are also extending full cooperation, the statement said.

Jordan is home to thousands of Pakistanis, many of them agricultural labourers.

House fires in Jordan are often caused by the use of cheap but dangerous forms of heating while the occupants are asleep.

Meanwhile, as soon as the news of the incident reached, grief and mourning struck the entire Kakar town of Dadu district.

The 13 victims belonged to Joya family of Kakar town. Relatives of all the deceased Joya family members mourned of the deaths and received condolences.

Talking with local journalists at Kakar, Abdul Majeed Joyo said that his sister Sadoori aged 44 years old was living with a family since last 50 years at Karama city area in Jordan.

He said that they were farming since 50 years in this area of Karama of Jordan. He said that suddenly fire broke out at farm house and 13 family members were burnt to death.

He said that burnt people would be buried there in Karama and their dead bodies will not bring here. He said that it was tragic incident, we would not forget it.