Naqeebullah’s father passes away amid court battle with Rao Anwar 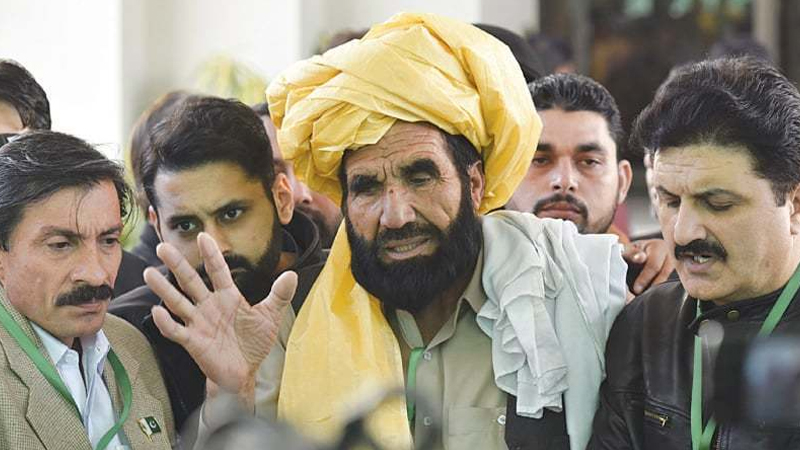 The father of Naqeebullah Mehsud passed away on Monday at the Combined Military Hospital (CMH) in Rawalpindi.

Muhammad Khan, who was suffering from cancer, was admitted to the CMH for the last six to seven months. Body of the deceased was sent to Waziristan.

Khan was fighting a court battle to bring the killers of his son to justice. Naqeeb was killed in a fake encounter in Karachi by SSP Rao Anwar and his team.

Anwar had stuck to the claim that the deceased was a Tehreek-i-Taliban Pakistan (TTP) militant but a spokesperson of the outlawed TTP’s South Waziristan chapter had termed Anwar’s claim as ‘baseless’, clarifying that Naqeebullah had no links with the banned militant outfit.

Naqeebullah’s family also disputed the former SSP’s claim, saying that the 27-year-old had no links with any militant organisation. Afterwards, the father of Naqeeb had led a movement for trial of Rao Anwar and his team. “I want justice for my son,” Khan Mohammad had said earlier this year, adding that he was thankful to those who had stood united with him to seek justice for the murder of his son. “It was Naqeebullah’s wish that his son would serve in the Pakistan Army someday,” he had said. In a condolence message issued by the Inter-Services Public Relations (ISPR), Army Chief Gen Qamar Javed Bajwa expressed ‘heartfelt grief’ over Khan’s demise and prayed for the soul of the deceased. “Efforts to ensure the provision of justice as promised to him shall be pursued,” the army chief was quoted as saying by the ISPR.