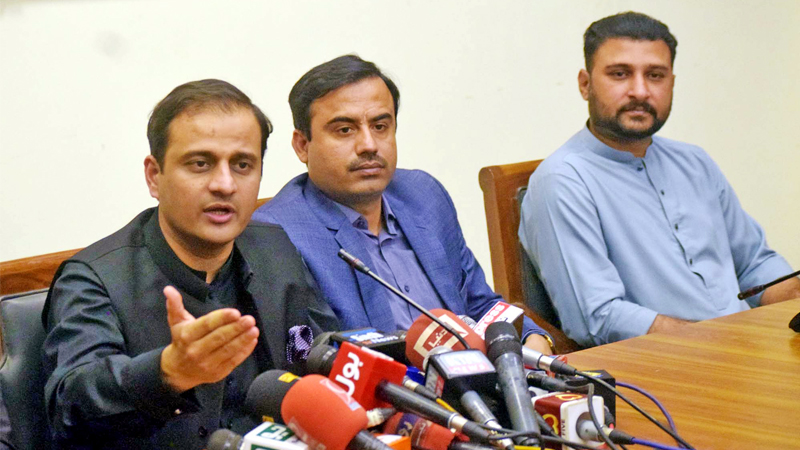 Adviser to Chief Minister of Sindh on Law, Anti-Corruption Establishment, and information Murtaza Wahab said on Monday that the Sindh Assembly has unanimously passed a resolution to restore student unions in the province.

“A resolution to restore student unions has been unanimously passed in Sindh Assembly,” Wahab said in a press conference held on Monday.

“Bilawal Bhutto and CM Sindh have also given their comments regarding the unions,” he added.

The adviser stressed that students should be allowed to participate in political activities.

Wahab also informed that the CM had met the leaders of student organisations and started consultations with them.

“We have started meeting leaders from student organisations and plan on legislation in the future,” he said. “Today was our first meeting with the student leaders,” he said.

CM gives orders: CM Murad has given directives to legislate and prepare a framework for student unions, following his approval of removing the ban from them.

We will soon prepare a law and present it in the cabinet and later in the assembly, he said.

Bilawal Bhutto had given his consent on the matter saying: “The PPP has always supported student unions. The restoration of student unions by SMBB was purposely undone to depoliticize society. Today students are marching in the #StudentSolidarityMarch for the restoration of unions, implementation of right to education,” on Twitter.

Earlier, the Sindh Assembly unanimously passed a resolution calling upon the provincial government to lift the ban on the student unions in the educational institutions of the province in accordance with the constitution.

A lawmaker of the ruling Pakistan People’s Party (PPP), Nida Khuhro, tabled the resolution with the legislators on the opposition benches also supporting it.

The resolution passed by the provincial assembly was against a decades-old decision taken during a past dictatorial regime to ban the student unions in the public sector universities and colleges.

The resolution read, “This House resolves and recommends the Government of Sindh to lift the ban on the students unions in the educational institutions of Sindh in the light of the Article 16 “Freedom of Assembly” and Article 17 “Freedom of Association” of the Constitution of the Islamic Republic of Pakistan 1973. The student unions are a major forum for organizing social activities and for addressing a range of academic and welfare issues through collective representation of students. It will also allow students to practice upon their skills of diplomacy, debate, politics, and leadership. “The House further recommends the government of Sindh instead of imposing ban on the students unions, they should strictly be regulated through the code of conduct in order to avoid any conflict amongst the different student organizations. Hence, this important step will help in reviving the student unions as well as maintain healthy environment within the educational institutions of Sindh.”