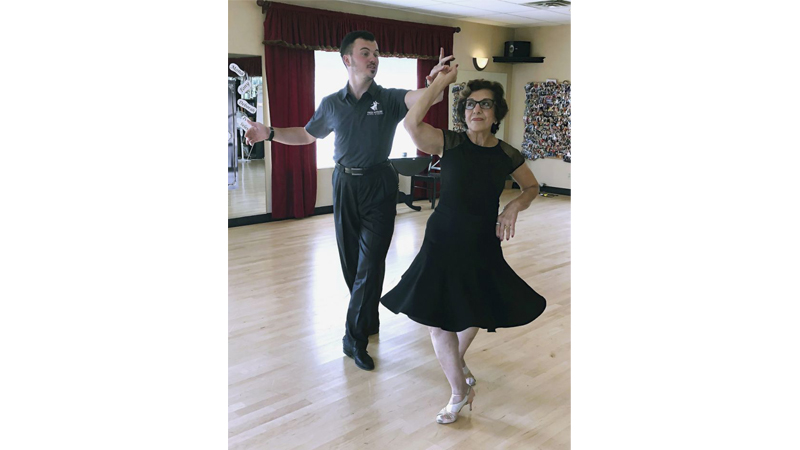 When no Americans replied to her multiple help-wanted ads for a dance instructor, Connecticut studio owner Chris Sabourin looked overseas for a qualified candidate. But she was stymied again by a federal tightening of visa application rules that she and others contend is hampering the ballroom dance industry.

Sabourin had to eventually give up on one prospective employee after spending the past year and thousands of dollars attempting to hire a top ballroom dancer from Greece to teach at her Fred Astaire studio in Orange, only to have the woman detained at JFK International Airport and sent back home.

“It would just be nice to know why we’re having such a hard time,” Sabourin said. “It’s affecting our business, definitely.”

With a steady interest in learning iconic dances like the foxtrot and tango, fueled in part by popular TV shows like “Dancing with the Stars,” studio owners like Sabourin say their efforts to hire enough professional instructors are hampered without overseas help. The owners, national representatives of the Arthur Murray and Fred Astaire dance studio chains, and attorneys describe greater backlogs for visa applications and an overall increase in evidence requests, including for redundant information and unnecessary documents. Immigration lawyers contend President Donald Trump’s administration has erected an “invisible wall” of numerous hurdles that has made it difficult for all kinds of U.S. industries, from ballroom dance to STEM fields, to hire foreign workers for jobs they’ve had a difficult time filling with qualified American applicants.

A review of United States Citizenship and Immigration Services (USCIS) data released in January by the American Immigration Lawyers Association found that average case processing time surged by 46% between fiscal year 2016, the last full year of the prior administration, and fiscal year 2018 — from 6.5 months to 9.48 months. In congressional testimony provided in July, the association’s president, Marketa Lindt, said USCIS’s overall backlog of delayed cases exceeded 5.69 million this past fiscal year, a 69% increase over fiscal year 2014. Meanwhile, federal records reviewed by The Associated Press show there’s been a slight uptick since 2017 in initial application denials for 01 visa applications from individuals with “extraordinary ability or achievement” — the visa that many of the foreign dancers seek — as well as for 01 visa applicants who were given a second chance to meet eligibility requirements.

Representatives of the dance industry say they’ve seen the processing times for these non-immigrant visas, which allow the dancers to work in the U.S. for up to three years, increase from multiple weeks to multiple months, with uncertainty the application will ultimately be approved. In one case, a professional dancer approved for his visa to work at a dance studio in Southbury, Connecticut, was later denied at the American consulate in his home country of Ecuador, one of the last steps in the process.

“I think these particular professionals, these artists, are falling into this area where USCIS and immigration services are just making it increasingly difficult to come here legally,” said Hartford, Connecticut, immigration attorney Erin O’Neil-Baker, who is currently representing about 10 New England dance studios sponsoring foreign, professional ballroom dancers. “Even if you’re an expert in your field, even if you have extraordinary ability, to stay here, they make it difficult.”

Immigration attorneys point to the “Buy American and Hire American” executive order Trump signed in April 2017 as one reason for processing delays. The order was intended to create higher wages and employment rates for U.S. workers by “rigorously enforcing and administering” the nation’s existing immigration laws.

“Across the board, across all types of applications at USCIS, we have observed a significant uptick in the increase in case processing time,” said Diane Rish, associate director of government relations for the American Immigration Lawyers Association, which warned in its report that processing delays have reached “crisis levels under the Trump administration” for families, individuals and businesses.

The Government Accountability Office told members of Congress in late May it plans to investigate the report’s findings.

Mark Krikorian, executive director of the Center for Immigration Studies in Washington, D.C., a think tank that supports tighter controls on immigration, said he empathizes with the small business owners and their challenges, but argues they shouldn’t be blaming federal immigration policy for their labor recruitment problems.

“It’s one thing if you’re talking about world-renowned nuclear physicists, where there’s a handful of people on the planet who have an ability and we want them here. Everybody gets that,” he said. “Dance instructors? I’m sorry. That’s something for the market to deal with. If they can’t find people at dance programs in college to entice to be teachers, well, maybe we need fewer dance schools. This is a supply and demand issue.”

Krikorian noted the Trump administration is not making up new rules, but applying existing law as it was intended, “instead of winking and nodding and looking the other way, which is what multiple administrations have been doing for decades.”

A spokeswoman for the U.S. Department of State said there has “been no policy change” regarding the 01 visas specifically.

But there are concerns the tightening of rules could have long-term ramifications. Michael Wildes, an immigration attorney for First Lady Melania Trump and her family, noted in an op-ed published several months ago in The Hill that immigration lawyers for fashion designers, models and photographers have also “experienced an unprecedented level of push-back from immigration authorities.” He warned there could be “widespread disenfranchisement” among talented and creative people, who decide to forgo the U.S. and opt for Paris or Beijing.

Dance studio owners said the lengthy delays and red tape can be discouraging for their prospective instructors, leading them to give up on plans to work in the U.S.

Many of the dancers come from Europe, where it’s more common to learn ballroom dance at a very young age — with hundreds of kids in group classes — and to compete at much higher levels than in the U.S. There’s also a desire among foreign dancers who’ve aged out of European competitions in their early 20s to come to the U.S. for the opportunity to keep competing, as well as to teach, and have a very successful career in a country where there are fewer professional ballroom dancers.