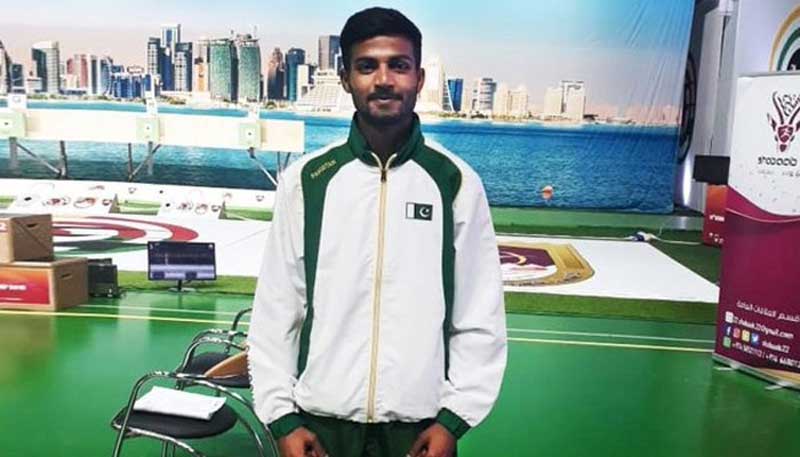 In a rare move that also reflects the spirit of Olympism, the Pakistan Olympic Association (POA) has nominated young shooter Gulfam Joseph, who has qualified for the 2020 Tokyo Olympics, as flag-bearer of Pakistan’s contingent for the 13th South Asian Games, which started in Kathmandu with an opening ceremony on Sunday. The 19-year-old Joseph, who has featured in only a single National Championship, qualified for Tokyo Olympics in 10m air pistol in the Asian Championships in Doha recently. He is a Christian and belongs to Pakistan Army. The POA took the decision after taking an input from the chairman of the Athletes Commission of POA and world leading wrestler Mohammad Inam. Pakistan contingent of around 350 members is set to feature in 20 disciplines in the biennial spectacle. As Pakistan’s contingent will proceed to Kathmandu in various phases, a limited number of athletes of the country were part of the march-past on Sunday during the opening ceremony.