* PPP chief wonders how those who could not properly issue a single notification will create consensus in parliament on such a sensitive legislation, that too within six months 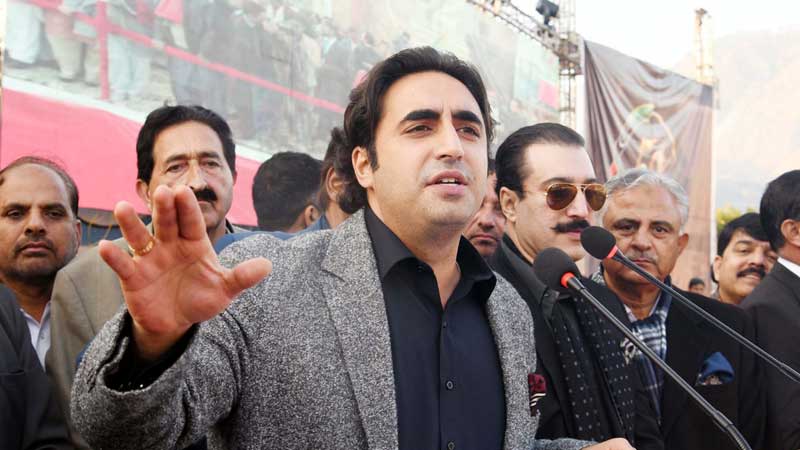 Pakistan People’s Party Chairman Bilawal Bhutto on Saturday cast doubt on the Pakistan Tehreek-e-Insaf-led federal government’s capability to legislate on the army chief’s extension within the six-month timeframe granted by the Supreme Court.

“We knew that this puppet prime minister is incompetent but we had no idea that he is so incompetent that he cannot properly do even the only one thing that he was tasked with,” the PPP chief said, alluding to the matter of the army chief’s extension. “This issue will now be taken up by the parliament. It remains to be seen how those who could not properly issue a single notification and who could not enact a single law over the past one year will create consensus in the parliament on this sensitive and important legislation and amendment in the constitution, that too within six months,” he said, while speaking to a large gathering on the occasion of PPP’s 52nd foundation day in Muzaffarabad.

Bilawal said Prime Minister Imran Khan does not attend parliament sessions and has instead ‘let loose his ministers to hurl abuses’. He said PPP not only gave the unanimous constitution of 1973 but it also devolved powers to the provinces through the 18th Amendment. A ‘rigging-ridden prime minister’ has been tasked with rolling back the 18th Amendment, he alleged, warning that the PPP will not let it happen. “What kind of democracy is this in Pakistan that neither the people nor democracy, nor journalism is free? What kind of democracy is this where parliament is locked and the presidency has been turned into an ordinance factory?” he asked. 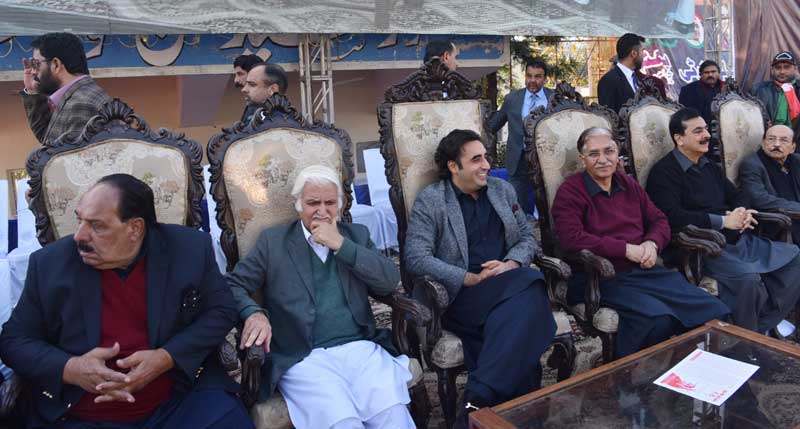 The PPP chief said the PTI government has failed on other fronts and since its inception hardly any sector has escaped deterioration. “Today, if we fail to take decisions to make our economic development possible, if we fail to give a respectable living to our people, if we fail to develop our employment and businesses, perhaps we will never be able to get rid of IMF [International Monetary Fund],” he said, adding, “Our economy will remain hostage to foreign forces which will always exploit our economic weakness for their interests.”

The PPP chairman said it is imperative to widen the tax base but not the way the PTI government is trying to – ‘by threatening and coercing people’ who do not trust the government and who do not know where their money will be spent. “You cannot collect tax from the business community by dubbing them thieves and dacoits. In order to widen your tax base, you ought to create a positive and conducive environment the way we have done in Sindh,” he maintained.

In a clear reference to the businesses run by Pakistan Army, the PPP chief said if the PTI government is sincere in its claims of making a unified Pakistan ‘it will have to rethink how long it will keep those institutions out of the tax net which are not supposed to do business but are the biggest of all business groups’. “Everyone will have to put his share in the progress of this country. There cannot be any holy cows,” he added.

Bilawal said that despite being an agriculture country, Pakistan’s agriculture sector is on the decline. He wondered if the prosperity of farmers is not in the list of priorities of the present government. He alleged that the PTI government is giving relief to the rich and burdening the poor. “They are committing economic slaughter of every segment of society. What kind of Pakistan is it where subsidy is being withdrawn from the farmers and where there is no increase in minimum wages and pensions for the elderly?” he wondered.

He said instead of creating new jobs the government was depriving people of the existing employment opportunities. “The tax amnesties and bail out packages are for the billionaires and for those thieves and thugs against whom [PM] Khan had been raising hue and cry over the past 20 years, but there is no relief for small shopkeepers, students and labourers,” he remarked. “Nonetheless, the government is shamelessly claiming that economy is heading in the right direction,” he added.

Bilawal also alleged that the PTI government is hell bent upon destroying even those projects which are the lifeline of the country such as China-Pakistan Economic Corridor (CPEC). Addressing the prime minister, he asserted that Zulfikar Ali Bhutto had laid the basis of Pakistan’s relationship with China which was further strengthened by Benazir Bhutto and Asif Ali Zardari. “This incompetent government tried to make CPEC controversial. But we will not allow this to happen, come what may. We know how to protect this project. We will not let the government take a U-turn on it,” he said.

Bilawal also assured Kashmiris that his party will not remain silent on the situation in India-held Kashmir and will fight their case with full force as their ‘true ambassadors’. He took strong exception to Prime Minister Imran Khan for what he believed was poor advocacy of Kashmiris in the face of the August 5 move by the Indian government.

The foundation day event was held in KH Khurshid Stadium in the heart of the Azad Jammu and Kashmir (AJK) capital to issue a fresh reminder of the fact that PPP was founded on the issue of Kashmir.

“Over the past 117 days, Kashmir has been turned into an open prison where shops and schools are shut, where there are no medicines for patients, where internet and phone services are non-existent and where journalists and international organisations are disallowed entry,” he said, adding, “We cannot stay silent over this situation.” He said PPP stood for the right to self-determination of Kashmiri people. “Humaara naara sab se bhaari – raaye shumaari, raaye shumaari (our slogan bears the most weight – referundum, referundum),” he shouted.

Earlier, AJK Prime Minister Raja Farooq Haider visited PPP chairman at a local hotel and expressed his gratitude to him for expressing solidarity with Kashmiris in this critical time. In response, Bilawal also praised Haider for effectively pleading the case of Kashmiris and representing their true sentiments at all international forums.