Tunisians march against violence towards women 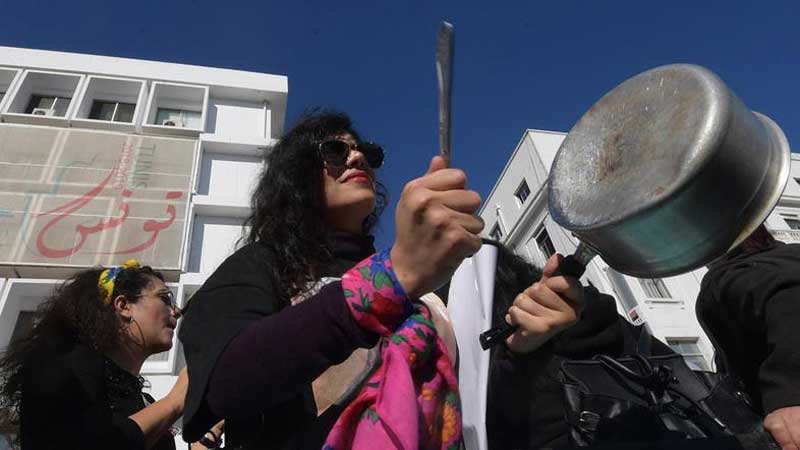 Demonstrators marched through the city centre, waving brooms to symbolise the sweeping away of violence against women.

The march was called for by some 50 local NGOs including the Tunisian Association of Democratic Women (ATFD).

Some protesters beat on drums and others rapped on pans, chanting “Solidarity with women victims of violence!”

MP Zouheir Makhlouf said he is diabetic and had been urinating into a bottle.

He walked free after being investigated for alleged sexual harassment and public indecency.

The video went viral and sparked Tunisia’s own #MeToo movement, with sex abuse victims breaking taboos under the hashtag #EnaZeda.

It was inspired by the huge global movement that emerged in 2017 in the wake of sexual assault allegations against Hollywood mogul Harvey Weinstein.

“We want to see a real mobilisation by the authorities to end all forms of violence against women and to be firm with perpetrators of such violence,” said protester Selma Bhar.

An awareness campaign about sexual harassment on public transport was launched in Tunisia at the end of October.

A law was enacted in July 2017 outlawing sexual harassment in public places and laying down a maximum penalty of a year in prison and a 3,000-dinar ($1,000) fine.

But despite this, few women in Tunisia file complaints after such crimes.