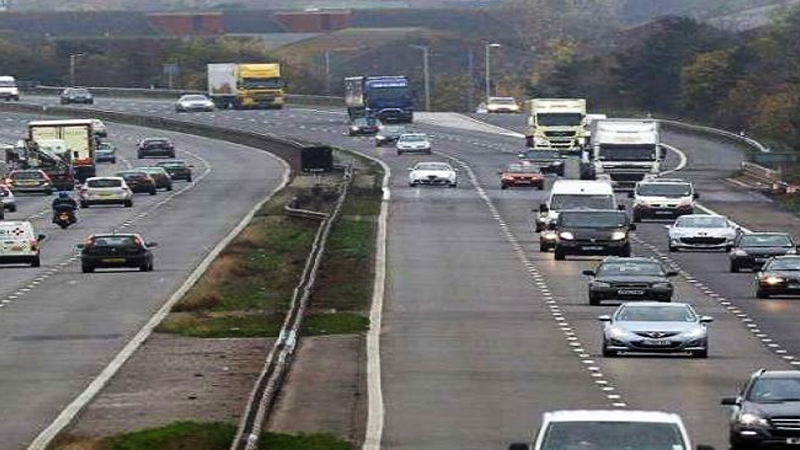 The fine on over-speeding, traffic violation and dangerous driving on motorways and the national highways has been increased, says a notification on Friday.

According to a notification issued by the Communication Ministry, fine for drivers of cars and motorcyclists on over-speeding has been enhanced to Rs 1,500 and Rs 2,500 respectively.

Car drivers and motorcyclists would pay a fine of Rs 5,000 on dangerous driving while Rs 10,000 would be charged from drivers of heavy-duty vehicles on the same offense.

Motorcyclists and car drivers will have to pay a fine of Rs 1,000 overtaking wrong U-turn and Rs 3,000 will be charged from drivers of the commercial vehicles for the same traffic violation, the notification reads.

Fine of Rs 1,500 will be charged from drivers of cars over not fixing seatbelt while driving and Rs 3,000 will be paid by the drivers of commercial vehicles for the same misdemeanor.

With an aim to safeguard commuters’ life at the motorways, Pakistan Motorways had banned vehicles fueled by CNG and LPG from running on roads under their jurisdiction, in the month of August. The authorities had maintained that due to the risk accompanying CNG and LPG vehicles is the reason to ban vehicles running on the fuel types.