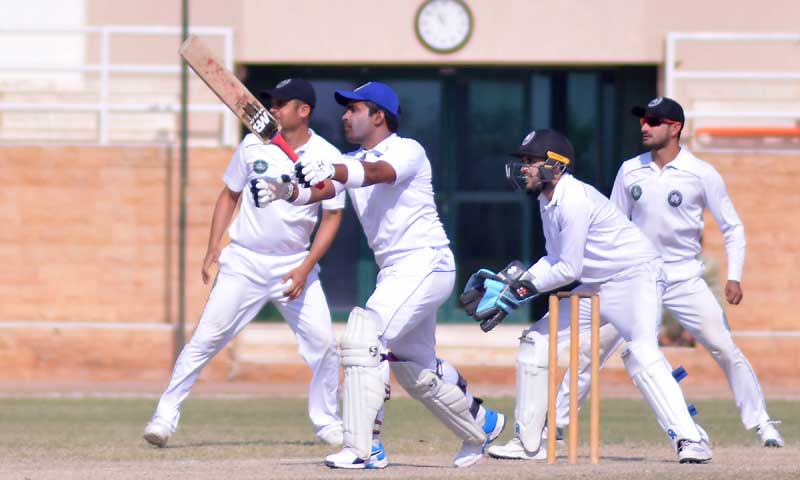 KARACHI: Khyber Pakhtunkhwa handed Central Punjab their first defeat of the season as they recorded a 211-run win in the ninth round of the four-day first-class Quaid-e-Azam Trophy fixture at NBP Stadium on Thursday. Central Punjab, chasing 325, were bowled out for 113 in the afternoon session on the last day of the match. Mohammad Saad and Umar Akmal, who resumed their innings on the overnight scores of one and 0, showed resistance in the earlier part of the morning session, adding 45 runs for the fifth-wicket. But Central Punjab began losing wickets, one after another, after drinks and were 89 for seven at lunch. Umar top scored with 43 from 76 balls, hitting seven fours, while Saad made 12 from 50 balls. Khyber Pakhtunkhwa dismissed the remaining three wickets in the earlier half of the second session with leg-spinner Mohammad Mohsin doing most of the damage with three for 34. Middle-order batsman Usman Salahuddin was not out on 29 from 118 balls. He hit two fours and a six. This is Khyber Pakhtunkhwa’s second consecutive win in the tournament.