Storms snarl Thanksgiving travel in US 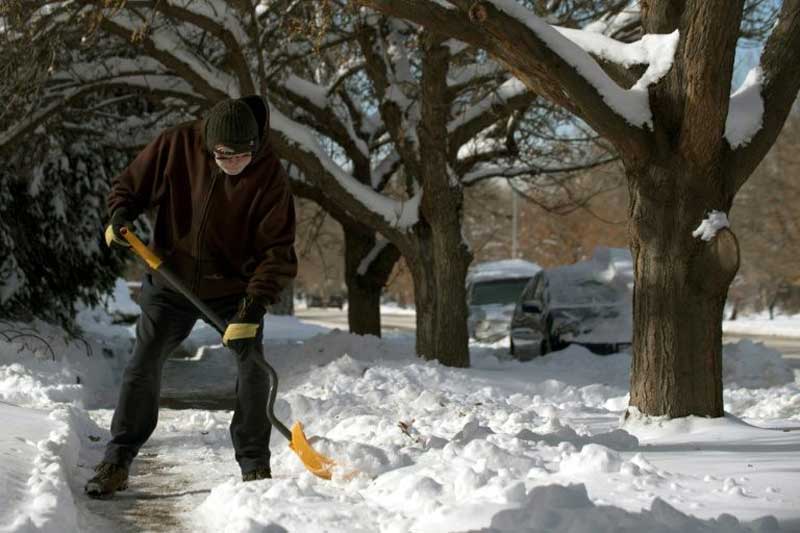 A pair of storms packing heavy snow and hurricane-force winds left tens of thousands without power in the United States on Wednesday and wreaked havoc for Americans traveling for the Thanksgiving holiday. On one of the country’s busiest travel days of the year with an estimated 55 million people planning to drive or fly, highways in the West and Midwest were closed because of snow, and hundreds of flights were canceled.

Giant, colorful character balloons floating through Manhattan during the Macy’s Thanksgiving Day parade, a cherished staple, might be grounded for Thursday’s festivities because of gusting winds in the Big Apple.

“An extremely active weather pattern is in place across much of the US,” the National Weather Service said.

A snow storm that caused near white-out blizzard conditions in Colorado dumped a foot of snow in Wyoming on Tuesday, and was barreling eastward toward the Great Lakes region in the central US.

Ploughs worked through the night at the airport in Minneapolis, a snow-savvy city girding for possibly its biggest November dump ever. At the airport in Denver, which was hit with a foot of snow, nearly 500 flights were canceled and another 500 were delayed.

On Monday night, 1,000 people slept at the airport. Among them was Sonya Washington, bound for Thanksgiving with family in Atlanta, who sat on a plane for two hours as the snow fell until her flight was canceled. The next possible direct trip is Thursday night.

“Thanksgiving is over, then,” Washington told the Denver Post.

Out west, a dangerous storm hit southern Oregon and northern California that meteorologists are calling a “bomb cyclone” — a rapidly intensifying winter storm caused by a precipitous drop in atmospheric pressure.

“The drop typically creates violent weather that arrives like a bomb going off,” The Oregonian newspaper said.

It dumped a foot of snow, forced roads to close and prompted warnings for people to just stay home.

One wind gust Tuesday in Lake Tahoe, Nevada was clocked at 93 miles (155 kilometers) per hour. Hurricane force begins at 74 mph.

The US Northwest has not been hit by such a powerful storm since 1962, said Marc Spilde of the National Weather Service.

“This storm threatens to bring rain and mountain snow to much of California, including places like San Francisco and Sacramento, places that were largely spared by the past week’s rain,” said Accuweather senior meteorologist Brian Thompson.

The National Weather Service said while the two separate storms are expected to weaken Wednesday and Thursday, holiday travel would be affected through the weekend.

It also warned of the potential of flash floods in southern California through Thanksgiving Day because of heavy rain.

The storms and high winds left nearly 300,000 people without power across five states, including Michigan, Ohio and Wisconsin, though nearly half had power restored by Wednesday evening, according to poweroutage.us, a utility tracking site.

The nasty weather and blizzard conditions have also forced the closure of major travel routes, including Interstate 5, the main thoroughfare from Oregon into California.

Motorists on the highway reported being stuck for hours on the road overnight, with some having to sleep in their cars.

In Arizona, the National Weather Service said it expected travel conditions to be “difficult to impossible” from late afternoon Thursday through Friday morning.