A tale of retirement and extensions

The office of Chief of Army Staff, the supreme leader of the armed forces of Pakistan, is considered an honored and influential position in Pakistan. The COAS holds a distinguished might and power signified by the repeated periods of martial laws in the history of Pakistan. Hence, the COAS is the most-sought figure by the people of Pakistan, as people look up to him in the times of crisis.

In the past 72-years of Independence, several army chiefs of distinct background, characteristics, personas, and political outlook have held the reign of armed forces of Pakistan. These army generals have actively shaped and altered the political and military dynamics of Pakistan.

However, in a country like Pakistan, it is not every day that a Chief of Army Staff bids farewell, in a humble and dignified manner, upon the expiry of his term of office. Perhaps more importantly, hardly ever has there been a time when an outgoing Chief of Army Staff in Pakistan has walked into the sunset with unanimous adulation and respect of the people and institutions of the country. General Raheel Sharif has been able to achieve both of these unprecedented landmarks. 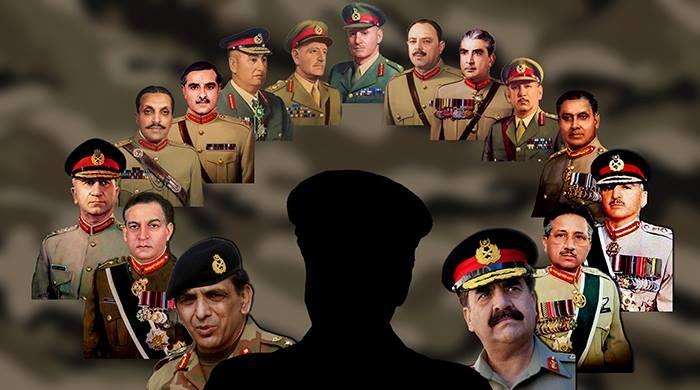 Since 14th August, 1947, Pakistan has had a total of fifteen army chiefs, including General Raheel Sharif. The first two, General Messervy and General Gracey, were inherited from our former colonial masters. On 16th January, 1951, the Government of Pakistan promoted General Ayub Khan as the first ‘indigenous’ army chief of the country. General Ayub Khan, subsequently, abrogated the then constitution, installed himself as the president as well as Field Marshal, and remained in power till the public upheaval in East and West Pakistan forced him out of power.

During this time, General Musa Khan was given a ceremonious post of Army Chief, and later, General Yahya Khan took command of the armed forces. General Yahya also left office amidst tremendous controversy (regarding the separation of East Pakistan) and is remembered as an overtly controversial figure in our history.

During the Bhutto years, Lt. General Gul Hassan Khan remained Army Chief for a few months, followed by notorious General Tikka Khan, and eventually General Zia ul Haq, who is perhaps the most infamous individuals in Pakistan’s checkered history (about whom, less said the better). Importantly, none of them are remembered with much admiration by Pakistan and her people.

After General Zia ul Haq’s fateful plane crash in August of 1988, a decade of imperfect democracy, marred with partisan bickering was ushered in. During this time, General Aslam Beg, General Asif Nawaz, General Waheed Kakkar, and General Jehangir Karamat, respectively served as Army Chief, and each had controversial brushes with the polity as well as the judiciary. Eventually, in October of 1998, General Pervez Musharraf was appointed Chief of Army Staff, and subsequently, abrogated the constitution (twice), before being ousted from power at the helm of a major public outpouring led by the lawyer’s movement. And this brought the army under the command of General Ashfaq Kiyani, whose tenure was plagued with controversies concerning land scams, dubious policies regarding ‘good’ and ‘bad’ Taliban, Osama Bin Laden, and unceremonious extension of tenure.

In November of 2013, General Raheel Sharif was promoted as the Chief of Army Staff. served for three years and is the brother of a Nishan-i-Haider recipient, Major Shabbir Sharif. His reign ended in 2016.

The current serving Chief of Army Staff General Qamar Javed Bajwa assumed the post in 2016 and was to retire in November 2019. Prime Minister Imran Khan had approved an extension to the tenure of General Bajwa for another three years,  citing “regional security environment”. Ties between India and Pakistan worsened following India’s decision on August 5 to revoke Jammu and Kashmir’s special status under Article 370.

After given an extension from Prime Minister Imran Khan, General Bajwa is expected to lead the armed forces of Pakistan until 2022. Notably, he has also won the Nishan-i-Imtiaz and Hilal-i-Imtiaz for his services to the country.

Khan also took into account the ongoing Afghan peace talks between the US and the Taliban militants, facilitated by Islamabad, for extending Bajwa’s tenure.

“General Qamar Javed Bajwa is appointed Chief of Army Staff for another term of three years from the date of completion of current tenure,” according to the notification.

However, Supreme Court on Tuesday suspended the decision to grant a three-year term extension to the powerful Army chief General Qamar Javed Bajwa

The move came just ahead of 59-year-old Bajwa’s retirement on November 29. 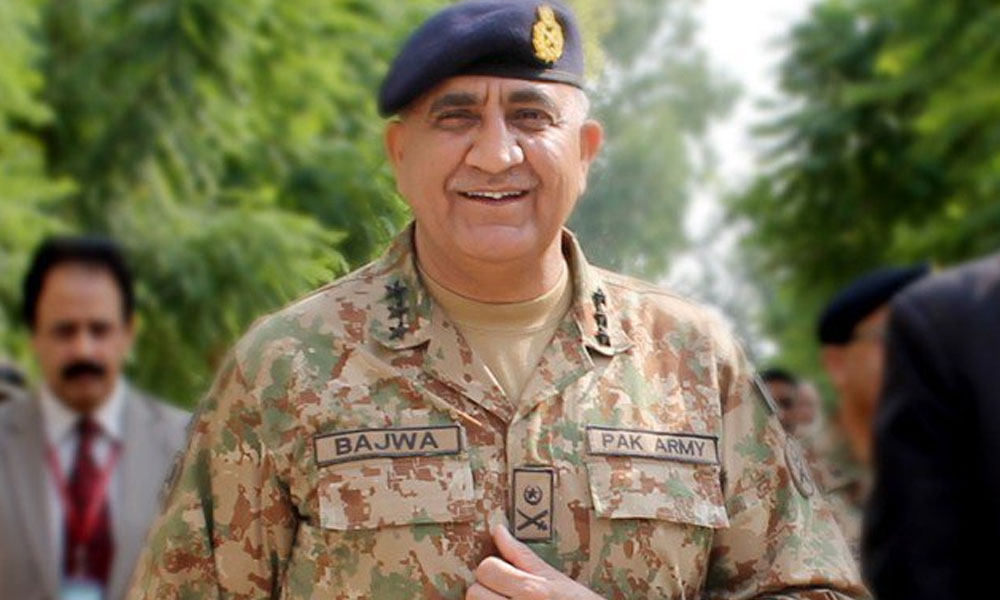 The petition against Bajwa’s extension was filed by a person named Raiz Rahi, who later filed an application to withdraw it. However, Chief Justice Asif Saeed Khosa rejected the withdrawal bid and took up the petition as a public interest litigation under Article 184.

Khosa during the hearing said that only the president of Pakistan can extend the tenure of the Army chief. He also observed that when the matter was discussed in the Cabinet, only 11 out 25 members approved the extension.

It is for the first time that the top court has suspended a notification by the government to extend service of the powerful army chief.