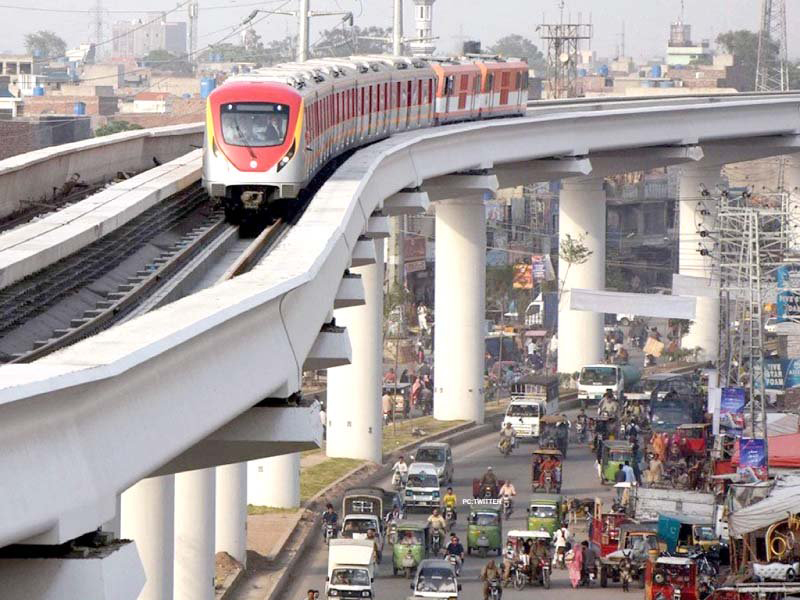 LAHORE: After what seemed like endless delays and setbacks, Lahore’s Orange Line Metro Train (OLMT) project finally reaches completion as test runs begin on the 27-kilometer track. The trains, which successfully ran from Ali Town to Dera Gajran have been approved by project administration prior to OLMT’s inauguration in early December.

The $1.6 billion automated mass transit project is Pakistan’s first metro project. The Orange Line will span 27.1km with 25.4km elevated and 1.72km underground. With a capacity that will allow for transporting 250,000 passengers daily, the line will be served by 26 stations.

These metro trains have the capacity to carry up to 250,000 passengers every day, bringing it on par with Moscow’s Kaluzhsko-Rizhskaya project.

“Electricity will be provided from eight grid stations, but currently UET grid station and three stations of Shahnoor are the only ones supplying power. The project requires an aggregate of 75 megawatts of electricity to operate, but alternate electricity systems have been provided,” an official source said.

Sardar Usman Buzdar directed the authorities to launch the project for the benefit of people as early as possible. He also announced that the train fare would be fixed keeping in mind the purchasing power of the ordinary people.

All the bogies of the train have been imported from China. Each bogie is 20 metres long. Although there are 60 seats per bogie, each can accommodate up to 200 people. Separate seats have been allocated for women, the elderly and differently-abled individuals.

The project came into being as part of a memorandum of understanding (MoU) between the governments of Pakistan and China in May 2014. Financing was secured in December the following year, when China’s Exim Bank agreed to provide a soft loan of around $1.5 billion, and construction officially began in October 2015. Several Chinese trains have been imported to run the track, with stops in all densely populated areas.