Kashmir conflict and the leadership crisis

Leadership is the central element of any social movement. It shapes and determines the course of struggle. Leadership inspires, paves the way for the movement to be launched, set its goals and show the roadmap to its followers, and either gains its objectives or creates a difference in the already existing structure through its vision and struggle. The civil rights movement in the mid of the twentieth century is a good case study of understanding the role of leadership in such movements. The political movements of Vietnam, Scotland, Ireland, Africa, the Indian subcontinentand Palestine give a vast understanding of the effects of the decisions of the top brass at crucial times. 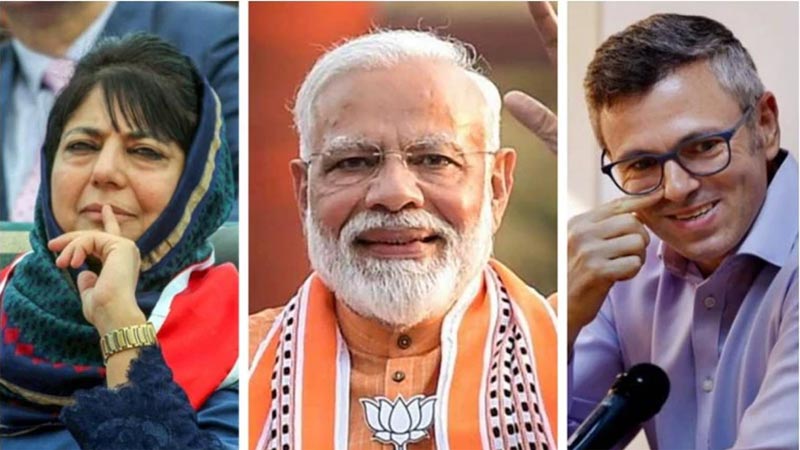 Kashmir’s political movement is also passing throughsuch a time in history where its youth needs vision, guidance and a roadmap to follow. The Abdullah dynasty in the occupied region and the Ibrahim legacy in Azad Kashmir had dominated the politics of their respective areas for over a half century and had been advocating their stance in a vibrant manner. Their followers had faith in them and had been struggling for their own respective goals. As time passed, people started to lose faith in their leaders. The youth tried to find alternatives and ended up in more fragmentation on both sides of the ceasefire line.

Now the situation hasworsened. The veteran leader of the APHC, Syed Ali Gillani, despite his long struggle and sacrifices, isbeing questioned by the Kashmiri youth, and isbeing doubted regarding his decisions vis-à-vis the movement. The pro-independence leadership got its boom in the late 20th century in Kashmir and became a popular slogan for the bulk of youth in the region, but unfortunately, no single pro-independent Kashmiri leader, except Maqbool Butt Shaheed, could claim unanimous popular support amongst the masses of both the regions. His predecessors have also ended up in divisions over trivial matters and malign each other as the agents of India, Pakistan or international establishment.

As time passed, the youth decided the role themselves; recently, the youth have become the symbol of resistance for Kashmiris. Burhan Wani, Manan Wani and otherpeopleof their age have become the poster boys of the movement. The recent developments that changed the so-called special status of the occupied region has made this leadership crisis even more evident; mainstream political leadership on either side of the ceasefire line has failed to give a collective and direct response to the crisis. People on both sides have shown massive dissatisfaction regarding the role of the current leadership. The youth, in particular, have questioned the credentials of the leadership and are now advocating their case as per their own understanding.

What matters the most is that the journey continues. The democratic movement of Kashmir in any shape must continue

This leadership crisis has increased the chaos in the already troubled political arena of the movement. The youth whereas acting in their own capacity on different platforms have helped the cause have also damaged it in many aspects. The directionless movements usually end up in complete failure.

It is necessary for the youth of the Kashmir movement to understand that at this critical juncture of the history, it is they who must carry the flag of the movement now. The time has come for the youth not only to sacrifice butalso to step forward and lead. The youth must resist at every possible forum with every possible way available to them. Remember, resistance is existence.

Difficult times are no doubt part of such movements,and one must not lose hope, as what matters the mostis that the journey continues. The democratic movement of Kashmir in any shape must continue. Martin Luther King Jr once said, “If you can’t fly, then run, if you can’t run, then walk, if you can’t walk, then crawl, but whatever you do, you have to keep moving forward.”

As the world political history suggests, a democratic movement may not be successful immediately but issuccessful definitely some day.The day will come when the sacrifices of thousands of Kashmiris bear fruit, and they get their right to self-determination. InshaAllah.

The writer is an international relations PhD scholar at Selcuk University, Turkey