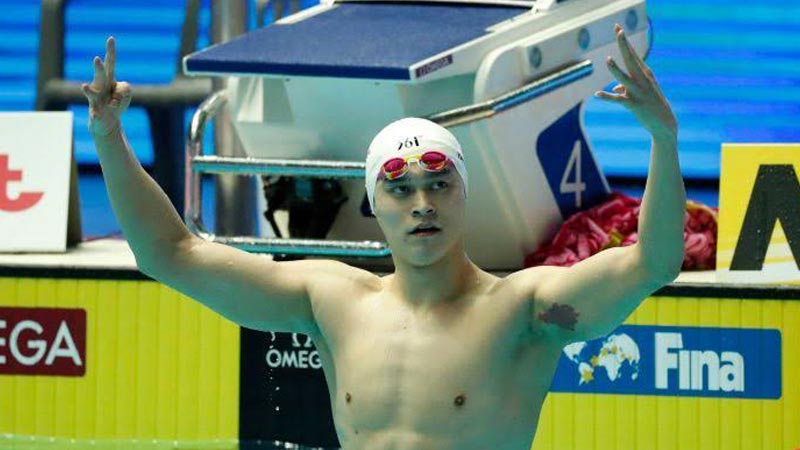 Out-of-competition anti-doping procedures need tightening up, but the stance of Chinese swimming champion Sun Yang will not wash, Olympic gold medallist Adam Peaty said on Friday. Sun, a triple Olympic freestyle champion, told an appeal hearing in Switzerland last week that anti-doping officials who turned up at his home in China in 2018 could not prove their identity.

A report by governing body FINA, who have cleared him of wrongdoing, said Sun questioned their credentials before members of his entourage smashed with a hammer vials containing his blood samples.

The 27-year-old would be ruled out of next year´s Tokyo Olympics if he loses the appeal brought by the World Anti-Doping Agency (WADA). “Obviously things need tightening up. Over the last few years you hear stories, it does need tightening up,” Peaty told Reuters ahead of an International Swimming League (ISL) meet in London. “But at the same time, why would you smash a vial? For me, you just wouldn´t do that.

“It doesn´t matter about tightening up anything, that comment section is that,” he added.

“I´d still give it (the sample) because I´m a clean athlete. It´ll be interesting to see what happens with that.”

China’s Xinhua news agency reported this week that one of the three testers in Sun Yang’s case was a construction worker who had been asked along as a chaperone by a female former classmate. The main role of a chaperone is to observe the athlete passing urine.