Ad hocism has been abolished in public sector universities: governor 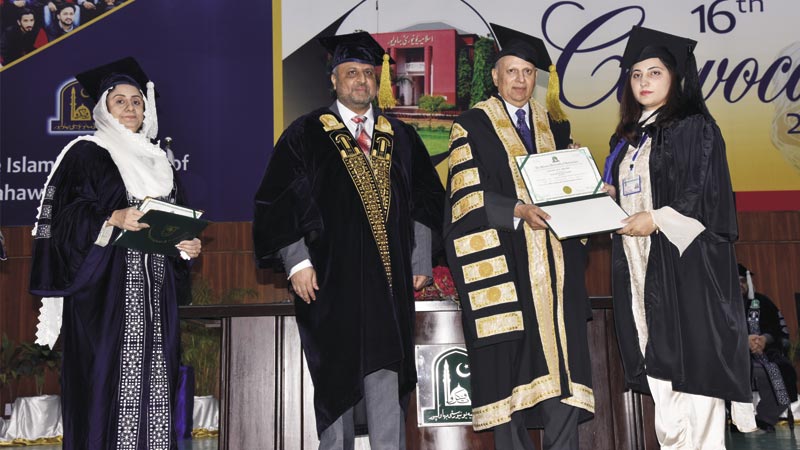 Punjab Governor Chaudhry Muhammad Sarwar has said that all universities across the Punjab are being provided clean and green environment as well as drinking water. Ad hocism has been abolished in the universities to ensure meritocracy, transparency and stability in the affairs of the universities. During the last few months as many as 20 Vice Chancellors have been appointed in the universities replacing interim arrangements.

The Governor expressed these views during his address in the 16th Convocation of the Islamia University of Bahawalpur on Thursday. He said that Muslim Ummah is facing many challenges and people of Kashmir and Palestine are being suppressed by the occupation forces and they must have their right of freedom. He said that it is his fourth visit to the Islamia University of Bahawalpur for participation in the convocation and this is the only university where he visited so many times. The faculty and students of the Islamia University of Bahawalpur are devoted towards education and their passion for teaching and research is praise worthy. He also appreciated the expansion and development initiatives of Engr. Prof. Dr. Athar Mahboob to bring IUB at optimal usage of resources benefiting the community. The renewable energy project and automation of the administrative and academic departments is also commendable. Earlier, Governor awarded degrees and medals to 1416 students including 24 PhDs, 101 MPhil, 1230 BS and MA, MSc and 44 gold and 44 silver medalists.